Although there was a certain element of culture shock in moving from suburban Toronto to backwoods Florida, I was still able to find like-minded individuals, both local and transient (we lived at the beach, a little tourist trap on highway 98 on the gulf coast) and I continued my hippie ways. 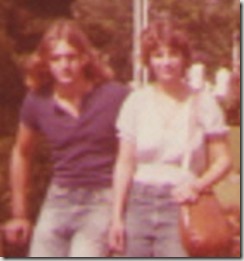 It was in 1974, just a few months before graduation that I met the love of my life and we are still together today. You might say we were “kindred” or “soul mates”. 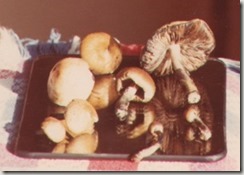 The summer of 1974 was the pinnacle of my hippy life. I was 18 years old and had a beautiful girlfriend (not just in looks but in spirit too). We partied at the beach all summer, pot and psilocybin were everywhere. We met people from all over North America and had more fun than any other time in our lives.

When that summer ended, so did a lot of things. I was 18. I was trying to decide what I wanted to do with my life.

I had scored well on the S.A.T.’s and I could go to any college I wanted to but as my parents were of limited means, I had to think local. I decided that I wanted to make a difference in the world by getting bad guys, more specifically murderers. I wanted to be a homicide detective. 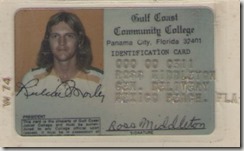 In the fall of 1974, I went to a community college 90 minutes away, in Panama City, Florida. I enrolled in criminology and police science courses with the best of intentions. There I was, a guy with hair half way down his back, in class rooms filled with cops and wanna-be cops. I learned a lot about psychology, and investigative techniques and how to recognize criminal behaviour but after the first year, I realized that I would never be able to compromise my hippie roots and work my way up the law enforcement ladder to finally achieve the status I desired as a homicide detective. I found out from my class mates that they were a different kind of people than I was. I didn’t, no, couldn’t bare the thought of working with these people.

“Death of the Hippie”

At this point, the hippie died. Not just for me but for everyone. 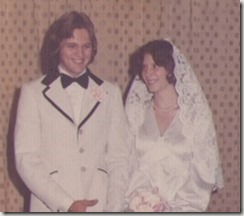 Real life set in. My parents had run out of money and they had to move back to Canada. I was forced to make choices. I was on a student visa and couldn’t support myself and continue college. I had a woman I loved and didn’t want to leave her behind so, much to our parent’s chagrin, we got married and I brought her back to Canada with me were we found out that we had a child on the way.

I got a job in customer service. It paid $680 per month (a lousy wage even for back then). We struggled to make ends meet. We moved in to a high rise apartment building in Scarborough. It was like living in a college dorm but with a different kind of “higher learning”. Canna Biz was rampant. Go to the 16th floor, buy a pound of weed. Get word out and wait for the inevitable knocks at the door. Make enough money to buy another pound and keep the rest. Mostly seedy Mexican stuff but sometimes you would get Columbian or even Thai stick. It helped us make ends meet and kept us in a steady supply for personal use. 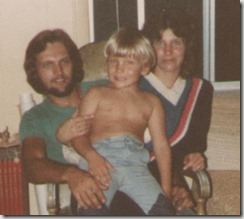 After a couple of years, we were courted by my wife’s parents to come back to the beach and make a go of it there. I got a green card and we moved back to Florida. I got a job at       the local paper mill that paid over $6 per hour, good money for back then. We bought our first house.

The care free party life we lived previously at the beach was replaced (as it was with many now “ex” hippies) with the responsibility of earning a living and raising a child. By now the hippie life was just a memory, not just for us but for everyone. Life was all about responsibility.

Holding on to the Culture 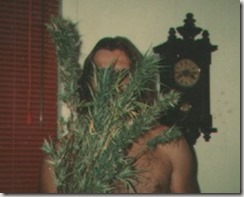 The one thing we managed to never let go of was cannabis and the culture that still prevailed. I met another ex-hippie from Maine who worked for a horticulturalist at a garden centre in Panama City. He also lived at the beach and we hung out a lot. He and I eventually teamed up and started to cultivate cannabis in the warm Florida climate. We grew Columbian seeds and whenever we got some good Mexican, we would keep those seeds too. This was before hydroponics. We had no way of starting cuttings. We grew from seed but we had just found out about a new type of weed called “sensimilla”, a new seedless type that was much more desirable.

We sprouted our seeds in Late February, planted in March, pulled out the male plants in late September and harvested our seedless buds at the end of November. Again, it was not just for pleasure but also for business, Canna Biz. 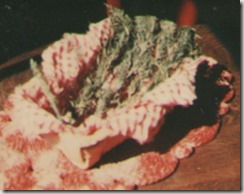 One night, while working the graveyard shift as an “ash handler” at the mill, pushing a buggy full of ash out to a platform by St. Joseph Bay, I paused (as I often did) to smoke one while enjoying the cooling breeze coming off the bay. As I puffed, I noticed a flickering light out of the corner of my eye. Upon closer inspection, I saw that the “Safety Director’s” office (which was attached to the main warehouse, filled with millions of dollars worth of kraft paper) was ablaze. I sprang into action, pulled the alarm, organized the other employees and took my place at the end of a 6 inch diameter hose that pumped sea water directly out of the bay. It took four people to hold it. We had the fire put out by the time the fire department arrived and saved the warehouse. The next day, I was interviewed be the big wigs at the mill. They asked me all about what I saw, what I did and commended me for a job well done. A few days later, the personnel director called me and said they had an opening at the box plant in customer service and asked if I was interested? Hell yes I was interested and a very lucrative career in the packaging industry was born. The irony that this career was born from a “toke break” never escaped me. 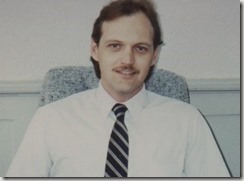 We returned to Canada in the early 80’s. By now little remained of the hippie culture. Now it was all about “yuppies”, ex hippies who finished school, got jobs, had kids and “conformed” to society. It sucked but the one thing that survived was cannabis culture. For me that never died. I built a little greenhouse in my back yard in Ajax Ontario and used it to supply our own needs. Canna Biz took a back seat by now as I had carved out a very successful career in the corporate world and didn’t need Canna Biz to make ends meet. 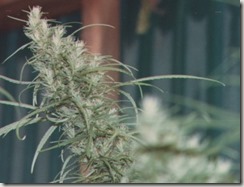 By the early 90’s, hydroponic indoor cultivation had started to “grow” in popularity. When we moved (in the mid 90’s) to our new home Bowmanville, Ontario, I built a grow room in a spare bedroom in the basement. I remember buying seeds from a guy named Marc Emery. I remembered hearing about him on the news when he had his book store in London, Ontario. I ordered “Matnasuka Valley Thunderfuck”, 10 seeds for $300. He sent me something called Blue Thunder and as a bonus, for not having what I ordered, he sent another strain called “Stonehedge”. So my introduction to “modern” Canna Biz started. (Hippies, what hippies?).

We continued to grow our own, suppling our needs while maintaining a very successful corporate career that now paid me six figures and I travelled all over North America on business (by air) and always took a supply with me wherever I went. (This was pre 9/11).

Next article Child Welfare in the Cannabis Community

A Pound of Jamaican Freedom

Judith Stamps·October 6, 2014
There are 2 comments 2 comments