How should governments approach designing laws that will reduce, eliminate and punish those who operate outside the boundaries of the new legal system for marijuana?

By ensuring a flourishing illegal market in illegal cannabis products with tight regulations, the Liberals appear to be pleasing both law enforcement and big business while showing a complete disdain for personal freedoms and contempt for proper public consultation.  From potential rules limiting cultivation, strains with high THC, products with high THC, storefronts, public consumption and personal possession, the federal government seems intent upon continuing to pour resources into the enforcement of cannabis laws while carving out a very limited legal regime for corporations to safely control.  Branding compassion clubs and dispensaries as criminals no different than organized criminal organizations is a convenient strategy to simplify the situation to justify using a heavy handed approach to implementing legalization. 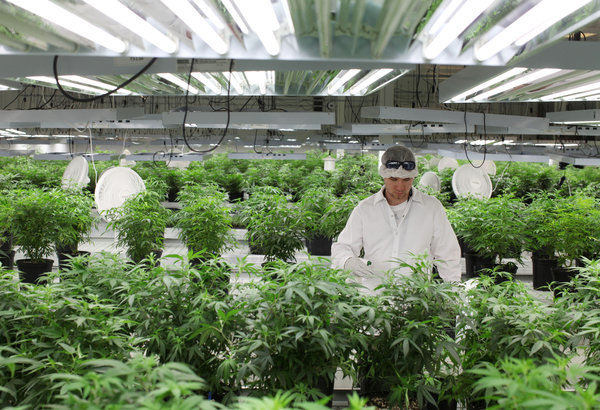 When the task force begins this discussion by stating legalization will require strengthening the law, it strongly suggests nothing has been learned about the failures of prohibition and that the government intends upon corporatizing cannabis while increasing enforcement.  By creating a hyper-restrictive regime, the government appears ready to continue fighting the bulk of the Canadian cannabis industry in an attempt to quickly replace the illegal suppliers with large corporations.  Talking tough might score political points but it is quite unrealistic in this situation.

The task force is not clear what it means when it twice states there should be a strengthening of the law.  Since the public is protected from the government making laws that are arbitrary or grossly disproportionate by the Canadian Charter of Rights and Freedoms, it is hard to imagine the lawyers working with the task force supporting laws that have greater punishment than the current ones under prohibition.  The term strengthening the law seems to indicate the task force will be seeking to increase punishments for cannabis related criminal activities, as if the current punitive Controlled Drugs and Substance Act is not enough.

Laws regarding search and seizure, surveillance, seizure of assets, and driving under the influence are already pushing the boundaries of Charter scrutiny, so it is hard to imagine the Liberals will attempt to strengthen those laws without risking embarrassment before the courts.  For decades under prohibition, various government have constantly strived to develop the strictest laws possible to stamp out the use of cannabis and it is counterintuitive for the government to think that they have to further strengthen those laws while it legalizes cannabis for large corporations.  Using language like strengthening the law may appeal to quell conservative voices accustomed to discriminating against the cannabis community but in reality the government is making it clear that the civil war it started with its citizens is not over yet. 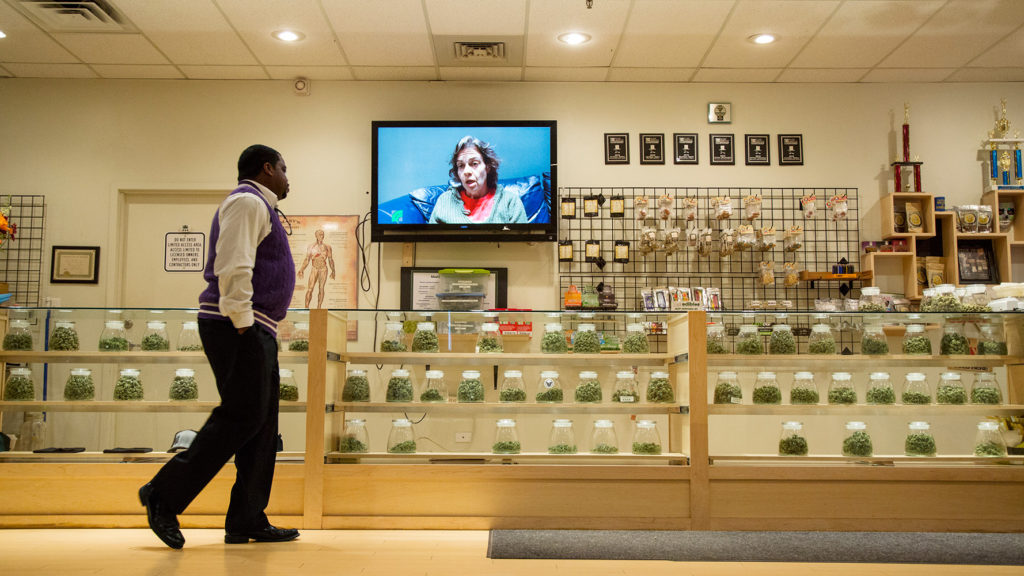 Establishing a successful legalization regime will require regulations that encourage both consumers and producers to stop breaking the law and comply with the law.  However, if the laws are intentionally prohibiting the production and sale of products the public is already accustomed to having access to despite the prohibition of cannabis, then the government will ensure the continued presence of organized crime in this industry.  If one of the goals is to maintain employing the same number of police officers under prohibition, then this is an excellent strategy, as the courts and jails will continue to see people caught breaking cannabis laws despite so-called legalization.

In the opening sentence the government even goes so far as to suggest it would be possible to “eliminate criminal involvement. “  Given how clear it is that the government cannot easily keep organized crime out of the construction industry in Quebec, it is absurd for this task force to use the same rhetoric that failed so bitterly in the war on drugs.  Using tough language like this might sound soothing to law enforcement and the public, but it is not a realistic assessment of the situation.

What will truly cut down on illegal activity is to simply legalize what people in the industry are already doing and add some basic requirements to generate more information about the products to the consumers.  Otherwise, these strict laws will ensure a flourishing illegal trade in cannabis products that will keep both law enforcement and gangs busy.  Only by making it easy for any interested party to join in the production and sale of cannabis, thereby helping drop the price to ¼ to ⅓ the current retail prices, will the government eliminate organized crime from the cannabis industry because there will simply be no money in it for them anymore.

Money is what attracts nasty gangs of organized criminals to the cannabis trade.  Money, period.  If you take the massive potential profits being made under prohibition away, replacing it with thousands of openly operating small family businesses across the country in a competitive environment, there will be no more gangs growing cannabis than there are growing apples.

The task force has suggested that it is not in the public interest to allow people to grow there own and that it looks to increase the punishment for doing so under legalization.  Perhaps the task force has not been made aware of the Feb 24 decision by the Federal Court of Canada in the Allard injunction, as it is very clear in that judgement that the government’s claims about the inherent dangers of growing cannabis are dramatically blown out of proportion.  It would be very unfortunate if another similar constitutional challenge had to be launched against the government if they attempt to continue throwing people in jail for growing their own cannabis but many of us will fight to the grave until this plant is free to grow.

As for driving while impaired, the police are already trained in roadsides tests that can determine whether an individual is able to perform basic manual tasks that determine whether a person is functioning well enough to drive.  Some people are unable to drive after inhaling just a small amount of cannabis, while others like myself have a high tolerance and drive more slowly, taking fewer risks after a few tokes.  Fears of increased problems from drivers under the influence of cannabis in places like Colorado, where it has been legal for a couple of years, do not appear to have manifest in reality.

Of course the government needs to embark on an immediate education program, informing the public that Reefer Madness was a corporate scheme to eliminate the competition and providing an accurate evaluation of the medical benefits of cannabis.  Unfortunately the government it likely to follow the same patterns it established during prohibition and focus entirely on the potential negative consequences of cannabis while ignoring any benefits.  For example, the task force seems keen to warn everyone about the potential dangers of driving after smoking a joint but otherwise show no interest in educating the public about the dangers of smoking from metal pipes and aluminum cans. 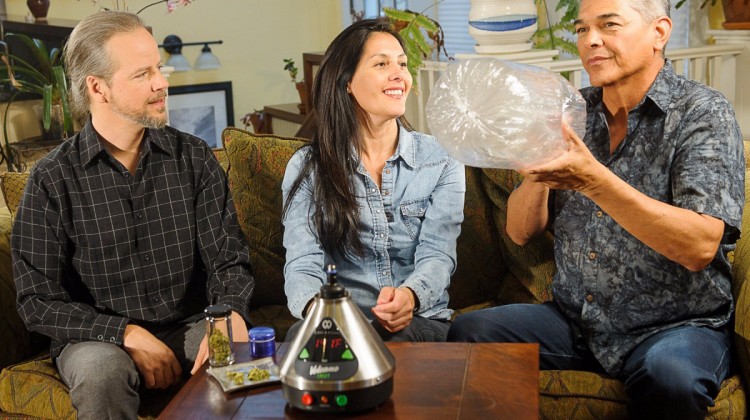 Instead of fearing the normalization of cannabis, if this task force truly wants to develop reasonable regulations that will be respected and adhered to, it needs to accept the fact that cannabis is a regular part of the daily life of many Canadians from all walks of life.  It is discriminatory for the task force to suggest there is any need to avoid the normalization of cannabis and it is absurd for them to think that cannabis will stay in some sort of taboo part of society, not really accepted but not entirely shunned either.  If the role of this task force is to legalize cannabis, then creating rules so it does become a normal part of society should be a priority not the fear.

Any plans to legalize that do not allow businesses to give customers and patients the opportunity to consume their herb is half-baked.  Many people cannot consume in their homes and without a public venue where they can discreetly smoke they will be forced to the sidewalks and parks where others may be unwillingly exposed to second-hand smoke.  Patients in particular need access to safe inhalation sites where they can use their medicine without worry of the weather or harassment from others.

Moreover, if the task force had any idea how much revenue could be generated by allowing cafes, restaurants and bakeries to sell cannabis products, much like wine is available in most places that serve food, there would be no debate about lounges.  Specialty shops offering unique foods, drinks, herbs and medicinal products would attract tourist from around the world, especially in British Columbia where we are as famous for BC Bud as France is for wine.  These value-added services and products would foster a robust cannabis economy, much more than simple mail order ever could.

For this task force to suggest that allowing cannabis lounges would minimize the normalization of cannabis is laughable.  It points to their clear bias.  It also exposes their incredibly poor logic.  If this task force wants any hope of achieving its goals, it better completely change course.

Owen Smith·March 26, 2015
There are no comments yet No comments