Kirk Tousaw is one of Canada’s top Cannabis lawyers. Born in the state of Michigan, Kirk has been an advocate for cannabis legalization since high school. He obtained a degree in Political Theory and Constitutional Democracy before moving to Vancouver in 2002. There he completed his Masters thesis on the “Malmo-Levine case” that challenged cannabis prohibition before the Supreme Court of Canada in 2003. Malmo-Levine lost by a margin of 5-3, the only other time that cannabis has been judged by the nine. He became friends with Marc Emery, a meeting Kirk credits for helping boost his advocacy work.

He soon began working alongside John Conroy at Conroy and Co. where he helped with the success of R.v.Beren, a constitutional challenge to the production limitations on licensed medical cannabis growers. Kirk defends cannabis growers, clubs, and individuals with recreational, medicinal or spiritual purposes: not because the people are bad, but because the laws are bad. Kirk and his family moved to Vancouver Island in 2010, shortly after I was arrested and charged with possession for the purposes of trafficking THC. Ted Smith tracked Kirk down and invited him help us bring another constitutional challenge to the medical cannabis laws. 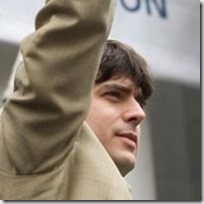 After some consideration we elected to challenge the law that prohibits production and trafficking of derivative products as it is defined in the CDSA that is modified by the MMAR (now MMPR). We argued that these laws violate Section 7 of the charter of rights and freedoms: life, liberty and security of the person. We would also be able to argue on the behalf of patients, as in Canada you cannot be convicted of a law that is unconstitutional, even if that law doesn’t apply directly to you. As an additional thrust for justice we would also attempt to find the government in contempt of previous court rulings, citing the gravely inadequate changes made in response to previous medical cannabis decisions.

Up against two government lawyers, Kirk’s skill at asking questions helped to illuminate the compelling personal stories of the brave and courageous patient witnesses; the scientific detail of our expert witness Dr. David Pate and carved through the testimony of the government’s witnesses.  With Kirk’s help we were able to convince Justice Johnston in the Supreme Court of BC that the restriction to dried marihuana only is arbitrary, standing as a barrier to patients rights and that the restriction does not advance any legitimate goals of the government.

This decision instantly removed the barrier for patients in BC who would make their own medicinal cannabis products. Justice Johnston declined to find them in contempt and gave the government 1 year to respond. Johnston also declined to pardon me of the charges, ordering a jury trial to weigh the merits of my actions. The government could not appeal Justice Johnston’s decision until the jury trial was complete.

Stay Tuned for the continuation of this series of blogs on the Extract Trial.

Next article Time For A NORML Conversation

Cannabis is Growing in Town