Patients Fight to Keep Control of their Health, Plants and Cookies

For the first time ever, a judge has heard arguments in the Federal Court of Canada between patients and the government on whether corporations should be the only legal growers of cannabis for medical purposes.  In many ways, the future of cannabis is at stake here.  Though closing arguments have not been heard yet, it seems as though the evidence on behalf of the patients was solid and the crown did a poor job, but it could be some time before there is a final outcome in the battle.

While there is a larger coalition supporting the case, it revolves around four patients and a number of expert witnesses.  Patients do not need to prove that cannabis is good medicine, they need to convince the judge that the new program cannot meet their medical needs because it is too expensive.  Thrown into the mix is the argument that extracts should be legal for patients, since most that grow their own medicine make hash, honey oil, tea, butter or other kinds of extracts.

The four plaintiffs involved in the legal challenge are Neil Allard, Tanya Beemish, David Hebert and Shawn Davey.  “My doctors told me I’d never walk again, never talk again. Marijuana is the difference maker,” claims Mr. Davey.  After spending three months in a coma from a car crash in 2000, he has struggled with vertigo, numbness, pain and memory problems.  His 25 gram a day license has been able to provide him with all of the medicine he needs, giving him a quality of life he would not have if he was forced to purchase all of his cannabis.

As the other plaintiffs told their story to judge Michael Manson it became clear that only those with a high income bracket or those who needed a small amount of herb would be able to afford purchasing all of their medicine they require under the new Marijuana for Medical Purposes Regulations   At just $5 per gram, which is far less than most of the cannabis available for sale currently by LPs, it would cost Dr Davey $4,000 per month to maintain his supply.  This compared to approximately $1 to $4 that it costs to grow his own cannabis.

If the government wins and gets court approval to throw patients caught violating the regulations in jail, while giving a handful of  large companies licenses to grow cannabis, then we could see a period of continued chaos and fighting.  Many patients will continue to grow or use illegal sources like dispensaries and there will be constant tension between patients and Licensed Producers under the MMPR.

If the patients win and they are allowed to continue growing their own medicine, then we will see great improvements in their lives and a substantial drop in prices, without threatening the emerging LP market.  Under the old Medical Marijuana Access Regulations patients could obtain a license to grow or find a Designated Grower to produce for them.  Being able to grow all of the medicine they need has given many patients their lives back, dramatically improving their quality of life and in some cases likely living much longer.

It is uncertain if DGs will receive court protection under the new system.  For patients gradually losing their ability to maintain their garden, having a caregiver look after the plants and produce medicines with them is absolutely necessary.   However, judges are often known to try to make their decisions find a middle-ground, and there are fears DGs will be struck out of the future program, forcing patients unable to produce their medicine to use these large companies.

Health Canada has tried to argue the program has gotten out of control, though they were the ones who created the program in the first place.  When the Ontario Court of Appeal handed down their decision in the Parker case in 2000, they sent a loud message to the federal government that patients should be given the legal ability to obtain cannabis for medical purposes but they could not give clear direction on how those regulations would work.  It should be no surprise to the government that over 37,000 patients signed up to the program before it was closed, with tens, if not hundreds, of thousands more ready to follow.  In reality, the government should be surprised that more people have not found their way into the program. 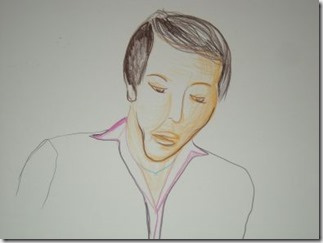 The government complained the program costs about $20 million per year but they were not even trying to recover costs by charging for a licence.  Seriously, what other licence does the federal government issue for free?  Shutting down the MMAR is estimated to save the government 90% of their costs, but if they allowed provinces to manage the participants, as they do with almost every other healthcare program, then it would cost them even less.

One has to wonder what they are spending their money on.  It is certainly not inspectors.  Health Canada only had 15 inspectors for the entire country, one for every 2,000 growers, who were really only trained to count plants.  They were not trained to look for mold, check electrical wiring or otherwise help ensure the facility is safe and clean.  In total, by the end of 2013 they had 3.2 million plants across the country to keep track of, more than 2 million in B.C.  It was such a low priority for Health Canada that in 2010 they only conducted 75 inspections.

One of the main reasons Health Canada has claimed it is necessary to shut down the MMAR is because the public is at risk of many problems that stem from patient gardens.  Fire, diversion of product, mold, smell, theft and being located near facilities that catered to children have been cited constantly by Health Canada officials, fire and police departments, the media and crown lawyers alike as reasons why cannabis grown at home puts others at unnecessary risk.  There were no other reasons given for repealing the MMAR.  It certainly was not done for the benefit of patients.

Yet the government’s so-called expert witnesses did not provide any physical evidence to the judge to back up their claims.  RCMP Corporal Shane Holmquist, a supervisor on the Federal Serious Organized Crime Section’s marijuana enforcement team, admitted in cross examination that there was no data to back up their claims that MMAR licenced gardens were inherently dangerous to producers and magnets for violent thieves and organized criminals.   Quoting from documents produced 10 years ago, Holmquist claimed that since criminal organizations are commonly known to make a substantial amount of profit from cannabis, therefore patients should not be trusted to grow their own medicine or they will be pressured into diverting the herb. 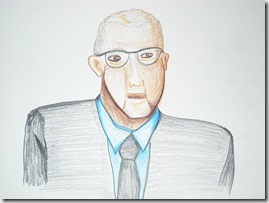 This testimony was followed by that of Surrey Fire Chief Len Garis, who claims that  more than half his city’s illegal and licensed operations posed a “high or extreme” electrical risk, and about a quarter of both illicit and licensed operations had observable mould.  It seems many patients made illegal modifications to their homes, 98 per cent,according to Chief Garis’s who based his numbers on 1,800 inspections by a joint municipal-RCMP team over the last decade.

His statements, though, were countered by defense expert witness Tim Moen, acting battalion chief with the fire department in Fort McMurray, Alta.  He pointed out several problems with the statistics and theories Chief Garis was using.  Relying upon his own experience as fire chief and a medical cannabis grower, fire chief Moen countered every claim made by fire chief Garis.

Other expert witnesses appeared for both the defense and crown over the three week trial which started in late Feb.  Closing arguments were set for early May.

Meanwhile, several problems exist for patients ‘protected’ by the injunction, including the limit of 150 grams when away from home and the fact that Health Canada will not move a patient’s garden.  When the injunction was granted , judge Manson limited it to those “with valid ATPs on March 21, 2014 and PPL’s on September 30, 2013, thereby precluding the Plaintiffs Beemish and Hebert, and others similarly situated, from continuing to produce for themselves and being able to change their production sites.”, states lead defense attorney John Conroy.  “The change of production site issue continues to be a major additional factor in the case, that we are trying to solve either on the further appeal or in the decision of the trial judge.”

While a decision is expected from judge Manson sometime in the fall, there is little doubt the loser will appeal to the federal Court of Appeal, as both sides are firmly entrenched in their position.  The patients seem prepared to fight all the way to the Supreme Court of Canada, if necessary.  No doubt the federal government, as long as the Conservatives rule the roost, will continue to do everything possible to restrict and curb the use of cannabis, medical or otherwise.

One day it will seem quite silly to think our society has spent so much time and energy fighting about the ability to grow a simple plant in your home or garden.  For now, though, we must continue that fight, absurd as it is that we must argue for the right to look after ourselves.

Next article Updates, Warnings and Suggestions # 44

Russell Barth·August 1, 2017
There are no comments yet No comments