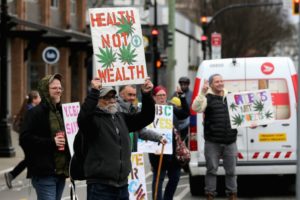 By Dean Schwind I’m sure you have heard a ton of things said about Steven Harper. Some good, some bad depending upon which side of the fence your on. I’ve called the man all kinds of things, which I will refrain from listing here in an effort to maintain some high ground. But in my […]

How the NDP missed its chance to come out strong on marijuana, and why it’s not too late to make it right By Dana Larsen For four decades, the NDP was the standard-bearer for sensible marijuana laws.  From the time of the LeDain Commission report of 1971, it was the most progressive voice in Parliament […]