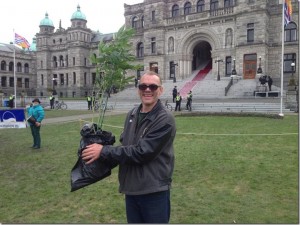 Andrew Brown Editor As we approach Apr. 1, much anxiety looms over medical cannabis patients. April fool’s day marks the day the federal government has decided would be the best day to pull the plug on the current medical marijuana access program (MMAR)—a program riddled with access problems and bureaucratic mazes (among other things)—to a […]

(Image: LiftBlog)   By Owen Smith Last week i reported on the launch of the GoFundMe campaign for our Supreme Court challenge to legalize cannabis extracts. This will be the final showdown.  The wording of the remedy from the BC Court of Appeal has left us asking a few questions, it suggested to our lawyer […]