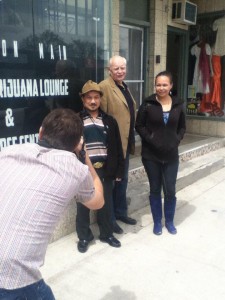 1) Fewer Deaths from Opiates The number of deaths involving commonly prescribed painkillers is higher than the number of deaths by overdose from heroin and cocaine combined, according  to researchers at McGill University. Currently, the U.S and Canada rank #1 and #2 in per capita opioid consumption. Medical Marijuana looks to be a far safer […]

A Young Woman’s Final Thoughts on Cannabis   By Beth Hutchinson   This document was found by Beth’s father a week after she passed away. These are notes for a video she was making. I’d really rather not have to make this video as I’ve always been quiet about my condition, however, I wish to voice my […]