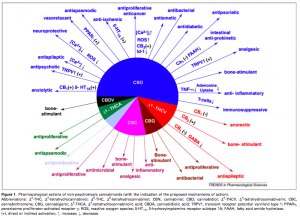 Here are two more Cannabis Christmas Carols for your collection. If you would like the whole set, come out to the Ministry of Health , in Victoria, on December 22nd at 7 pm

by Ted Smith After decades of attempts by inventors around the world, George Schlichten announced the successful creation of a decorticator in the summer of 1917.  Just one year after the fact hemp hurds could be used for paper was discovered, this seemed to give hemp the boost it needed to retain its place as […]