Deprecated: The $control_id argument is deprecated since version 3.5.0! in /home/oq5ayjaeetjt/public_html/wp-content/plugins/elementor/modules/dev-tools/deprecation.php on line 304
 eviction-notice - Cannabis Digest
Skip to content 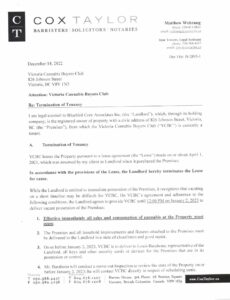 By Andrew Brown Over the past several years, Duncan, B.C. has become a model of progression in terms of a move towards a sustainable community. From regular farmer’s markets in the downtown core (and another in the outskirts), to regular community events, downtown businesses are working together to make the community better for people and […]

State initiatives forcing a change at the top By Ron Mullins Aug. 28, 2013: is it an historically triumphant day for marijuana activists in the U.S., or just more political smoke screen? That’s what many in the cannabis community are trying to figure out. U.S. Attorney General Eric Holder, in the conference call with the […]

Looking back at past fifteen years with the Cannabis Buyers’ Club of Canada By Ted Smith Fifteen years ago it occurred to me that society had created a medical emergency. The proposed goals of prohibition were health, peace, and prosperity. After decades of enforcement and lies, the war on drugs has dramatically hurt our ability […]