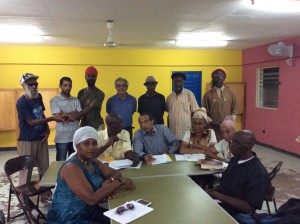 By M. Allister Greene Less than 500 years ago, this land had tens of millions of people, from thousands of different cultures that lived from the Arctic to the tip of South America, and spread from one coast to the other, in every environment on these continents. We lived, we breathed, we fought, we loved, […]

By Gayle Quin The summer has gone by in a whirl, and through it all we have been blessed with meeting some very brave and special people. Since last fall, Jim, Ted, myself, and some other brave souls from the club, have been delivering to home bound members up and down the island. It has […]

The Con(servatives) After the Election

By Amie Gravell The Conservative party of Canada spent the maximum amount of money that regulations allow to win the May 2 election. Twenty-one million dollars, it seems, is the cost of a majority government. So what has Mr. Harper done with his majority? Well, in the two months since the election, the government has […]