Deprecated: The $control_id argument is deprecated since version 3.5.0! in /home/oq5ayjaeetjt/public_html/wp-content/plugins/elementor/modules/dev-tools/deprecation.php on line 304
 63D5CCE8-4403-4040-AB0A-ABC24F40F239 - Cannabis Digest
Skip to content 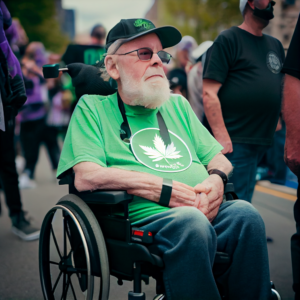 Russell Barth The first compassion club or marijuana dispensary in the Ottawa area was Cannapharm, which opened in 1998-99; it was short-lived. It got busted, and there was neither the money nor the wherewithal at the time to keep the dispensary going. In the summer and autumn of 2002, Christine and I ran an informal compassion […]

They came with big trucks, trailers, and even a food tent. They dominated the parking in front of the Cannabis Buyers’ Club in Victoria, and all down Johnson st. They came with lights and cameras and were looking for some action. The big screen had arrived and wanted to use the club as a location […]