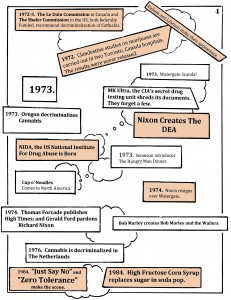 Ted Smith There is no better way to prove that cannabis does not make you lazy then to get up early in the morning to run 10 kilometers in a 12 foot tall pot leaf costume.  Doing it at a large half-marathon, with a bong hit station halfway, is the best way to get the […]