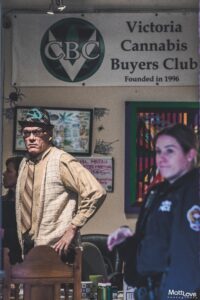 In Weedy Blues Part One, we looked in detail at how newspapers in Canada, especially in BC, have helped to create a contemporary spectacle: the “grow-op” scare. Based on content analysis provided in Susan Boyd and Connie Carter’s Book, Killer Weed: Marijuana Grow-ops, Media and Justice, we noted that elements of this scare included harping […]

Science, Reason and a chance for Compassion   by Owen Smith Designated Growers in BC can legally make Extracts On May 31st 2013 Judge Johnston extended his decision from my Voir Dire (trial within a trial) in 2012, granting Designated Growers (DG’s) in British Columbia the right to make cannabis derivative products like hash, oils […]