THE NEW WAR ON EDIBLES, or HEY, HAVEN’T WE DONE THIS ALREADY?

There was much to celebrate last fall when on September 8, 2016, the Victoria, BC City Council decided, by a vote one-short of unanimous, to grant licenses to the city’s cannabis dispensaries. One of the best-liked features of this decision was the Council’s plan not to comment on cannabis edibles. Having listened to the pleas of local patients, and in contrast to the Vancouver City Council, which bans the sale of edibles, Victoria City Councilors chose, tacitly, to allow the dispensaries and their clients to find a safe and workable system for such items.

Good things followed. British Columbia has, for decades, been home to a variety of artisanal cannabis bakeries. Candy, extract, and cookie makers everywhere in the province looked forward to strengthening business ties with Victoria. They especially looked forward to taking a step out of the shadows, and toward more normal, business relations with their clients. Baked Edibles, an industrial cannabis kitchen in Victoria with its own line of products, had begun to consider liaisons with new micro-producers. Some of the compassion clubs were thinking, too, about trying out new products. Micro-bakeries, responding similarly, had begun to make plans to enhance their packaging and branding, to expand the testing of their products, and to make themselves generally more visible. Meanwhile, the application process for rezoning and licensing of dispensaries was under way; everyone was breathing a little easier.

Then without warning in January 2017, Baked Edibles received a letter from the Vancouver Island Health Authority (VIHA), a provincial body, telling the bakery that by April 1st, it must cease and desist in its food-making activities. There was no reason to anticipate such an event. VIHA had, by invitation, inspected Baked Edibles on three previous occasions. No attempt had been made during these inspections to hide the nature of the bakery’s products, and after the inspections, Baked Edibles received approval as a food-safe facility. Next, and equally without warning, in March 2017, letters from VIHA began to arrive at one dispensary after another, demanding that they stop carrying edibles. Infused oils, capsules, and topicals, apparently, are still allowed. The letters warned that: “noncompliance with provincial regulations could impede the issuance of a business license.” That’s an ugly threat. The letters were followed by visits from by-law officers, who demanded on the spot that dispensary owners remove edibles from their fridges and display shelves. To emerging businesses with high hopes for a new era, the visits were, to borrow a Sixties’ term, a bringdown.

Even the briefest inquiry into the history of cannabis edibles will yield examples that date from ancient times: infused wines in China; bhang, an infused milk drink in India; mahjoun candy, containing hashish, in Turkey and North Africa. Some edibles were used in medicine, some in religious practices, and some during festivals and other social occasions, to enhance enjoyment. In modern times the use of medical cannabis edibles, or ‘medibles,’ dates from the work of activists in San Francisco in the 1970s and 80s. Faced with an AIDS epidemic, and attendant high cancer rates, San Francisco’s patients soon discovered that cannabis brownies, already popular in those parts, improved their appetite, mood, and longevity. Activists of the day, like “Brownie” Mary Rathbun, were renowned for their bravery during terrifying political times, in supplying brownies to patients. 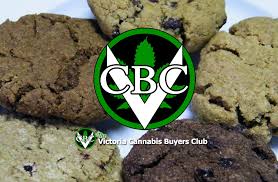 Cannabis brownies became a popular thing to make in BC in the late 1960s, although to the best of my knowledge, few consumers in that day were aware of their medical importance. Medicated cookies intended for patients arrived on the scene in Victoria in the mid-1990s with the opening of two compassion clubs: Victoria Cannabis Buyers Club (VCBC) in 1996, and the Vancouver Island Compassion Society (VICS) in 1997. Cannabis cookies, and other edibles, have since become a tradition, bringing both comfort and healing to ailing residents. Beyond the odd news story of cookies dispensed at a beach or a park, in the years between 1996 and 2014, one heard nothing about medibles in the media. If during those years, VIHA had any thoughts on the subject, it remained remarkably silent. After that time, Cannabis became legal in Colorado, and one began to hear stories of kids with mild cookie overdoses. Those stories, I believe, are part of the reason the Vancouver City Council chose to prohibit edibles.

So what does VIHA have against edibles today? Bizarrely, its new rule revolves around the meaning of ‘food.’ Or so we’re told. According to BC Regulations, your place of business is considered a “food premises” if you make, handle, or store food there, or supply food from there. The ingredients in such food must all come from a government-approved source. Right now in Canada, there is no approved source of cannabis for general public use. So if a cookie “includes marijuana,” or “is infused with marijuana,” it is “an edible” containing an unapproved ingredient. 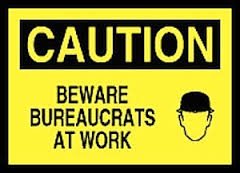 VIHA’s definition would seem to put an end to argument, except that the health authority’s ideas are muddled. In 2015, the Supreme Court of Canada ruled that denying patients access to cannabis extracts was arbitrary, and unconstitutional. It is not possible, thus, for VIHA to deny dispensaries or bakeries the right to prepare and sell infused oils or butters, tinctures, concentrates, or capsules. But oil is undoubtedly a food, and so is butter. One could state that infused oil is not a food, but the cookie made with it is a food. But one could do so only by casting a spell on the words in question, or by applying a specialized form of bureaucratic baffle-thought. Truly, the definition of food on which this ban is founded is so incoherent it is hard to imagine the mentality of the VIHA staff that planned it.

Even more difficult, is to imagine the world for which this letter is meant. First, and most deeply affected by this ban are the patients. Cookies are an easy and comforting way for arthritics, and those suffering from neurological ailments to medicate. Cookies from reliable sources, such as compassion clubs, are well labeled, easy to titrate, and pleasant to consume. They are a kindness to patients too weak, or otherwise handicapped, to bake. VIHA’s demand would work in a world where there are no patients that need these edibles; no patients too ill to make their own edibles; and no one whose health would suffer from losing the ability to access edibles. It would suit a world where waiting years for governments to sort out their tasks poses no hardship. That’s not a real place.

Caught between VIHA’s warped arguments and patients’ needs, and faced with the Authority’s threat to deny them a license, dispensary owners are stuck with an absurd set of choices. If they comply, they hurt their patients. If they don’t, their dispensaries may not survive. Not surprisingly, responses have varied. Some have decided to carry on as usual, and stand both with the patients, and with how they read the SCC’s ruling on extracts. Others have complied, believing that a license at this time is a priority. Some will manage something in between, supplying edibles on request, but not displaying them. Still others have plans to develop a mail order model. VIHA has placed dispensaries in fight or flight mode, and in that state, all solutions have to be seen as the right solution. 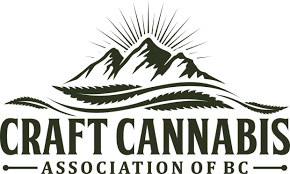 Hardest hit from the business perspective are the micro-bakeries in BC, who have seen their business cut in half. The new Cannabis Act makes no space for this industry, and it is difficult to imagine the next BC Premier—there’s a provincial election in 8 days—standing up to the feds to protect a set of producers they’ve never gotten to know. These are tough times indeed for our legacy players.

At the end of the day we are left with a puzzle. When did VIHA’s outlook become so incoherent? Why now? A favourite theory is that the province has come under pressure either from Health Canada, or from some other federal ministry. If so, sad to say, VIHA has missed an opportunity to show some leadership, to do the right thing by patients in British Columbia. Its edict will drive edibles underground, where one can expect less well tested products, and an overall decline, not an improvement, in public health. If that’s the best we can expect from our health authority, we must resolve to seek support elsewhere. We get to vote in a few days. Let’s hope a few politicians have more sense on the matter. There is much at stake.