Deprecated: The $control_id argument is deprecated since version 3.5.0! in /home/oq5ayjaeetjt/public_html/wp-content/plugins/elementor/modules/dev-tools/deprecation.php on line 304
 gaylemondaymag - Cannabis Digest
Skip to content 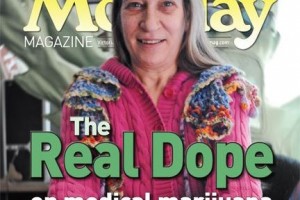 The Importance of THC free Cannabis

by Owen Smith   Dr. William Courtney is the co-founder of Cannabis International Foundation, who are helping pioneer a movement toward ingesting fresh, raw, non-psychoactive cannabis juice. When fresh, the plant contains a lot of non- psychoactive precursor Cannabinoids such as THC acid. THC acid (THCa) has recently been shown to have anti-inflammatory and neuroprotective […]

By Gayle Quin Well wonders never cease, I know that for sure.  And wonders take you everywhere.  I know that too.  So on with the next wonder. I am writing this today to move on to another chapter in my life.  It has been a different year with my health and my main focus must […]