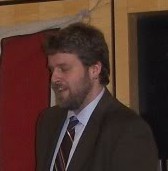 American actress and comedienne Whoopi Goldberg on Monday expressed interest in expanding her fledgling cannabis business into Canada, though she took care to say that a successful expansion would not be immediate. “It’s going to take a minute,” the actress said in an interview, stressing that many steps lay ahead before her products could be […]

Dedicated activist John Cook closes Halifax CBC of C By Debbie Stultz-Giffin Due to anticipated difficulties with the proposed MMAR scheduled to come into effect later that year I had my first opportunity to work with media in early 2001. All patients seeking exemptions would need, among other things, a specialist to verify their need […]

Many readers will be familiar with the story of America’s War on Drugs. As most of us know it, the story goes something like this. Following political upheavals in Mexico in 1910, large numbers of Mexicans immigrated to the US, especially to the Southwest. For predictable reasons, the immigrants became objects of contempt. They spoke […]