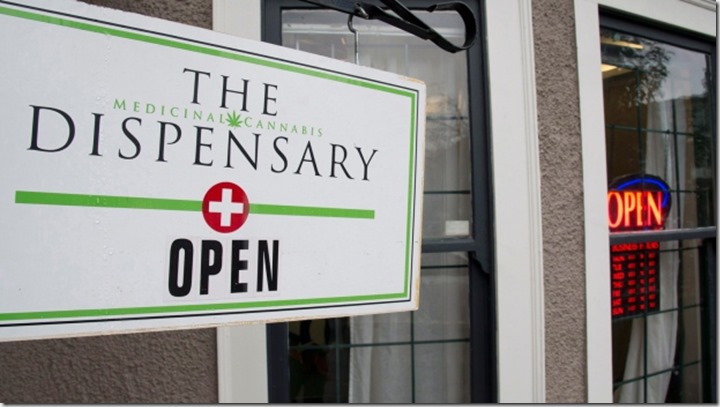 News that Vancouver and Victoria city councils are ready to license cannabis dispensaries has created a huge stir, as it defies federal law and places several unreasonable restrictions on medical providers.  With each city witnessing a surge in storefront cannabis establishments, and with the police reluctant to waste resources busting clubs when there is little chance of conviction or serious punishment, it seemed something had to be done.  While there are several problems with these regulations, from my perspective, there can be no doubt this unfolding situation will change the medical industry in many ways.

While the city cannot regulate cannabis itself, something only the federal government has the authority to do, by using the business licensing bylaws municipal governments can exert some pressure on dispensaries to comply with certain regulations.  For patients and staff working at the growing number of clubs in these cities, a huge sigh of relief swept through the air as the fear of police raids diminished, at least somewhat.  Across the country other dispensaries welcomed this move, with some people looking to use the regulations to start dispensaries in places where none existed before.

Despite warnings from federal Minister responsible for Health Canada, Rona Ambrose, and the Conservative government, both mayors appear ready to stand their ground.  In a written statement to the City of Vancouver, Ambrose appears outraged, “I am deeply concerned by reports that the City of Vancouver intends to discuss a proposal to regulate illegal drug dispensaries at an upcoming council meeting…Legitimizing and normalizing the use and sale of marijuana can have only one effect: increasing marijuana use and addiction.”

Mayor Gregor Robertson has stated the new federal medical cannabis regulations brought into effect over a year ago have created the situation that lead to the proliferation of dispensaries. Ambrose strongly disagrees.  “These regulations are clear and do not provide municipalities with the authority to legitimize the commercial sale of marijuana, which remains an illegal substance.

Storefronts and dispensaries do not operate within a ‘grey zone,’ and the law is clear: they are illegal.”

Whatever the reasons, for close to 100 storefront cannabis operations in Vancouver and 20 in Victoria, it is undeniable the tide has turned in these cities.  In both cities police departments have acknowledged they have more serious crimes to deal with, crimes with victims and a public interest in prosecution.  While ‘mail order only’ seems acceptable to the federal government, it does not seem acceptable to the public.

“We can’t do nothing. It’s a regulatory quagmire,”proclaimed Victoria mayor Lisa Helps in an interview with the Globe and Mail.  “Medical marijuana is legal. The federal government has made that clear. Producing marijuana for medical purposes is also legal. The main step is how to get that into people’s hands,” she said.

When asked if cities could simply shut the clubs down instead, mayor Helps was clear that dispensaries will not be closed. “We have no jurisdiction to do that and people do need access, but it needs to be done the way Vancouver is approaching it, in a regulatory regime, not just ad hoc as it is right now,” she said.

While a couple of places in BC have issued a business license to a dispensary, in Kelowna and Kimberley, this is certainly the first time in Canadian history that a city has created bylaws for an illegal business.  However, there are many details in the regulations which could cause serious headaches for the oldest dispensaries, force many new ones to close or move, and will dramatically reduce the number of edible cannabis products.  One of the biggest criticisms is the fact that all of the cannabis sold comes from unlicensed suppliers, instead of the Licensed Producers, many of whom would prefer to own their own dispensaries.

No doubt the most troublesome issue with the new regulations is the requirement that dispensaries be farther than 300 meters from each other and the same distance from community centers and schools.   This will negatively affect many of the oldest medical cannabis dispensaries in Vancouver, including the oldest the BC Compassion Club, and the one opened by veteran activist Dana Larsen, the Medicinal Cannabis Dispensary.  There may be hope that exceptions can be made by the city for these long-standing organizations, but at press time that has not happened.

By forcing storefronts to be 300 meters apart, the city will be attempting to shut down some clubs in areas where they are already much thicker than that, costing taxpayers huge amounts of police and court time.  While some new clubs are trying to make sure they have a safe distance from others, many existing clubs will be forced to compete with each other for the good favour of the city officials that will be deciding who stays and who goes.  This is an unnerving situation for everyone, as new and old clubs alike fear they could get shut out of the system through no fault of their own.

To make matters worse, the city has decided to charge an extraordinary $30,000 for each business license, plus other annual fees, except for those groups that can prove they are non-profit societies that provide alternative medical services and full transparency.  This is dramatically higher than any other business license fees, with an escort service paying around $1.300 and the PNE around $16,000.  The city justifies this huge fee by stating that staff will be spending a great deal of time working with these clubs. and therefore they need to recover the costs.  However, it has also been acknowledged that some of the money from these extraordinary fees will be used to pay police and city staff to shut down and possibly arrest members of organizations unable or unwilling to comply with the new bylaws.

Of course, it is patients. not the companies, who ultimately pay these extraordinary prices, so the city is really just squeezing money out of members, just to give the public the impression they are seriously trying to distinguish between clubs providing a full-service medical organization and others that appear focused on sales.  In fact, it appears the police and city in both cities do not really care how great the medical needs are of potential members, as there is a growing awareness of the wide range of benefits the plant has compared to the few potential minor negatives impacts.  While the surge in profit-motivated cannabis storefronts, with their bold advertising, signs and locations, has made traditional compassion clubs uncomfortable, there is no doubt that this wave of people and organizations has tipped the balance towards regulations and more integration into the healthcare community.

Another very controversial component of these bylaws is the city’s move to take the vast majority of the edible cannabis products currently sold at dispensaries off the shelf, limiting sales to oils, tinctures and other extractions.  It is clear that Vancouver Coastal Health has been pressuring the city to eliminate any products that could appear attractive to children, insisting any edible cannabis products to be consistent and free from other non-medical materials.  While the recent Owen Smith decision at the Supreme Court of Canada struck down the laws prohibiting cannabis extractions, there is no such protection for the cookies he was caught making.

Brownies, suckers, caramel popcorn, smoothies and many of the other wonderful treats currently available are perfectly suited for the recreational market, but it is hard to make the case for these products when dealing with patients.  It is easy for many people to make their own cannabis-infused foods after purchasing the extraction at a storefront, if that is what they desire. For people dealing with serious medical issues products like cannabis oils squeezed into veggie caps are the most appropriate.  It is difficult for even the most skilled cook to make products with a perfectly consistent dose.

Moreover, the medical community is not accustomed to providing cookies to patients, it is hard to stop people from eating more than they need when it tastes so good, and the amount of sugar in most products being sold is definitely a concern.

Written into the bylaws, the Canadian Association of Medical Cannabis Dispensaries is keen to work with the city and other stakeholders through this process.  Formed just a few years ago to help compassion clubs work together and create standards for the industry, CAMCD has been at the forefront of this licensing process.  Lead by Jamie Shaw from the BC Compassion Club Society, there have been several meetings held among dispensaries in both cities to collaborate as much as possible.

Many other mayors and councils are considering these bylaws, either as a means of regulating existing clubs or controlling any future ones.  So far the BC provincial government appears unlikely to jump into the fray, though they often side with the federal Conservatives on matters of energy development and resource extraction.  A process has been set into motion that cannot stop now, though, as more patients and caregivers create centers full of high-quality medical cannabis products.

The leadership being shown by the city councils of Vancouver and Victoria is truly paving the way towards a future where all levels of government are working together on this issue.  It will be an exciting day indeed when the Victoria Cannabis Buyers Club puts its license on the wall.