Deprecated: The $control_id argument is deprecated since version 3.5.0! in /home/oq5ayjaeetjt/public_html/wp-content/plugins/elementor/modules/dev-tools/deprecation.php on line 304
 Publisher’s Note: Time to Work Together - Cannabis Digest
Skip to content 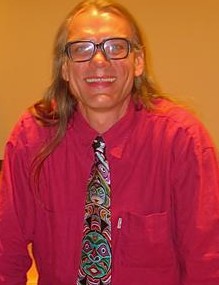 Patients must come first, in my opinion, and hopefully after reading this a few more recreational cannabis lovers will reconsider their position and get more involved in the fight for medical access to this plant. Likewise, hopefully a few patients will realize they need to fight for full legalization if the medical use of this herb is ever to be truly embraced by the medical community.
When I first became an activist, no divisions really existed. Cannabis advocates fought to grow hemp and high-grade herb. Everyone had an agenda and priorities but, for the most part, we supported each other in the efforts to fight prohibition.

Around the same time, dispensaries were beginning to open with the express purpose of helping those in serious medical need. In 2000, the Parker decision forced the federal government to create a program to legally allow patients to use the herb, firmly dividing medical users from those still subject to prosecution. In the middle of that division, however, was a lot of grey area.
For many activists, all use of cannabis is medicine. In their line of thinking, our endocannabinoid system essentially uses the chemicals that we absorb when we consume the cannabis plant to fight free radicals, helping to prevent cancer and a number of other autoimmune diseases. These activists argue that every time herb is smoked it is healing and therefore medical by nature.
By this argument water is also medicine. Even more so, because everyone would die without water. Fruits and vegetables would also be medicine, though some types would be better medicine than others.
Judges have made rulings in favor of patients based upon Section 7 of the Charter of Rights and Freedoms, which guarantee protection of security of the person. While the language used in these decisions has been somewhat vague at times, judges have generally concluded that anyone suffering from a serious chronic disease or disability has a medical necessity that requires treatment. The courts realize that restricting cannabis to those with terminal medical problems is too strict, yet they have certainly never intended to allow easy access to the herb by watering down the definition of medical necessity.

Changes to the federal medical cannabis programs are turning many patients back into criminals. Now more than ever, patients need recreational smokers to help fight for the right to grow medicine before it is lost for good. That could be by attending the Apr. 1 rally in Ottawa, donating to the MMAR Coalition Against Repeal, writing letters to the local press, or speaking out in public at every opportunity. Cannabis lovers must realize how important the right to grow your own medicine is, and if we lose it now it could be lost for a long time.

By Ras Kahelb Since the passing of the Ganja Bill in Jamaica new opportunities are being embarked upon by ganja farmers and leaders of the Rastafari community. Recently, an elder from the Nyahbinghi Mansion who is the Chairman of the Westmoreland Hemp and Ganja Farmers Association is Chairing both the Rastafari In Inity (a new […]