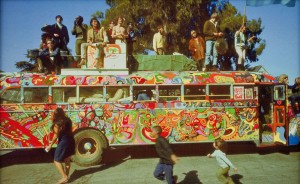 Spreading the Herb on Campus

By Ted Smith With a slim margin of 52 percent in favour and 48 percent opposed, the University of Victoria Hempology 101 Club has received the support of the student body to move the weekly Wednesday 420 meetings back to the center of campus. That does not mean we can just ignore the new smoking […]

It occurred to me, how so many are still very ‘concerned’ about labels and not the ones they should be.  I recently had someone talk to me – he was ‘asking for a friend… ‘, really – and the friend has a child who is experiencing grand mal seizures. Well, apparently he is thinking […]

In 1974, late activist Thomas Forçade invented and began publishing the pro-marijuana magazine, High Times.  This year the magazine turns forty.  In honour of its birthday Forçade’s Trans High Corporation has published the retrospective:  High Times:  A 40-Year History of the World’s Most Infamous Magazine—self-styled both a “visual history” and a “coffee table book.”  […]