Deprecated: The $control_id argument is deprecated since version 3.5.0! in /home/oq5ayjaeetjt/public_html/wp-content/plugins/elementor/modules/dev-tools/deprecation.php on line 304
 Updates From the States - Cannabis Digest
Skip to content 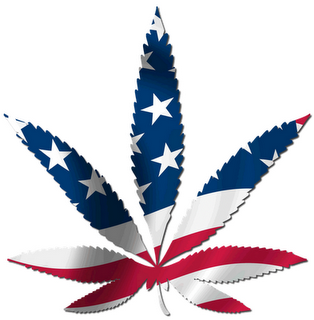 SB 40 also reduces the penalties for marijuana cultivation. Unlawful manufacture was a Class A felony punishable by up to 20 years in prison; now, it becomes a Class B felony dropping the maximum sentence by half.

Possession of less than an ounce of pot is decriminalized in Oregon, but people cited for possession also faced a mandatory suspension of driving privileges unless there were “compelling circumstances” not do. Senate Bill 82 eliminates that suspension. It does not, however, lift the mandatory suspension of driving privileges for people caught with more than an ounce.

Oregon is likely to be one of the next states to attempt to legalize marijuana outright. An underfunded initiative there in 2012 got 47% of the vote, and efforts to get a new initiative (or initiatives) on the ballot for 2014 have already been announced.

The Colorado Department of Revenue Monday released temporary rules for the operation of legal marijuana commerce, providing more details on what the nascent industry will look like, but still leaving many complicated matters unresolved.

The department had only about a month to come up with the rules after Gov. John Hickenlooper (D) signed off on the legislature’s starting framework in late May. Officials hope to have complete rules in place before marijuana stores are supposed to open in January. The interim rules expire in October, and state officials have said they will engage in a more detailed rule-making process to spell out just what is and is not allowed.

While the temporary rules take up 64 pages, some of the highlights include requiring medical marijuana dispensaries to bar minors if they want to sell recreational marijuana, requiring child-proof packing for marijuana and marijuana-infused products (edibles), and requiring that marijuana be labeled with the license numbers of the producer and retailer, as well as an as yet undetermined “universal symbol, indicating that the container holds marijuana.”

The temporary rules note that more regulatory detail will be coming in areas such as advertising, health and safety protections, labeling, testing, and inventory control. They contain little detail on key aspects, particularly the “seed-to-sale” tracking system which has been the bedrock of the state’s efforts to prevent diversion.

“The State Licensing Authority intends to engage in additional rulemaking to establish additional inventory tracking system requirements,” the department said in the rules.

As of Mon. July 1, Vermont will be the 17th state to decriminalize marijuana possession. A bill passed earlier this year goes into effect then.

The measure, House Bill 200, was sponsored by Rep. Christopher Pearson (P-Burlington), with a tripartisan group of 38 cosponsors. It ends criminal penalties for the possession of up to an ounce of marijuana or five grams of hashish and replaces them with fines of $200 for a first offense, $300 for a second offense, and $500 for subsequent offenses. Possession of more than an ounce remains a criminal offense, as does cultivation of any number of plants.

People under 21 caught with decriminalized amounts of marijuana or hash will have to undergo substance abuse screening.

“This is a much-needed step forward toward a more sensible marijuana policy,” said Matt Simon, legislative analyst for the Marijuana Policy Project (MPP), which lobbied in support of the legislation. “Nobody should be subjected to life-altering criminal penalties simply for possessing a substance that is objectively less harmful than alcohol.”

The bill passed with the support of State Attorney General William Sorrell and Public Safety Commissioner Keith Flynn, both of whom testified in support of it. Gov. Peter Shumlin (D) signed it into law June 6.

The advent of decriminalization in Vermont leaves New Hampshire as the only New England that has failed to do so. In the region, marijuana possession is decriminalized in Connecticut, Maine, Massachusetts, New York, and Rhode Island.

Now that the state has embraced decriminalization, it’s on to the next phase, said MPP’s Simon.

“There is still work to be done and support is growing for more comprehensive marijuana policy reform,” he said. “Until marijuana is regulated and taxed similarly to alcohol, sales will remain uncontrolled and profits will benefit illegal actors instead of legitimate, taxpaying businesses. Marijuana prohibition is a failed policy, and it is time for Vermont to explore the possibility of adopting a new approach,” Simon said.

An undercover drug sting in the parking lot of a Charlotte, North Carolina, elementary school ended up with one person killed and one person wounded, and a community wondering why police chose that particular location for their operation. Jaquaz Walker, 17, becomes the 17th person to die in US domestic drug law enforcement operations so far this year.

According to reports from WSOC-TV and WBTV 3, police set up a marijuana buy between an undercover police officer, an informant, and two teenagers last Tuesday afternoon. Police said that during the drug deal, Walker pulled a gun and shot the informant in the shoulder in an attempt to rob him.

The undercover police officer then shot Walker in the head, killing him. The teen who accompanied Walker fled, but was arrested later.

“You know, you have 15, 16 year old kids out here wielding firearms, that’s a very dangerous situation,” said Charlotte-Mecklenburg Police Chief Rodney Monroe, who also defended the decision to do the deal in an elementary school parking lot. “Anytime you conduct an undercover operation, what’s a good location? Whether it’s a shopping mall or neighborhood, there is no real perfect location.”

Monroe also said that school was out and that the site was chosen by Walker and his companion. “This was a location identified by individuals that we were seeking to purchase drugs from,” he said. “We were aware that the school was empty of kids.”

But residents of the neighborhood where the shooting took place were not mollified.

“It bothers me that I live right across from the school, and it is bad that it was on school grounds,” said neighbor Wilmer Bourne. “That’s what bothers me so much.”

“It’s been quiet in this neighborhood, ain’t nothing happened over here, everything been good, it’s always somebody come in the neighborhood and do this, it ain’t nobody in our neighborhood,” said resident Johnny Crank.

This article was originally published on <www.stopthedrugwar.org> and reprinted using the Creative Commons Attribution License

A Retrospective Look at the Future of Canadian Drug Policy By Ryan Fink The past decade has seen much progress in what is fast becoming a revolution surrounding government drug policy and social attitudes toward drug culture in Canada. The endurance and proliferation across the country of illegal medicinal cannabis providers over the past decade, […]

By Judith Stamps Edibles Medibles: A Trek through a Political Labyrinth It’s been an unbalanced, multi-polar week in Canadian Cannabis history.  On Thursday June 11, the Supreme Court of Canada published the last word on the status of edible cannabis meds in Canada: legal, effective immediately.  Up until then, the rule had been smoking or […]

A Check-In For The Couples Who Love Cannabis