In previous articles I’ve focused on the science behind making edible cannabis products, but now i’m going to tell about why I first became involved with this cause. Around 2003 I began to learn about the medical properties of cannabis for the first time by attending weekly ‘Hempology 101’ meetings at my college campus. I listened to Ted Smith lecture about his experiences founding one of the first modern cannabis dispensaries in the world.

Shortly after I graduated and began travelling, my 21 year old sister Ceri was diagnosed with Melanoma skin cancer. The doctors had found an abnormal mole on the side of her head. She soon suffered chronic pain from the considerable surgical scarring, and serious and debilitating side effects from the brain radiation therapy and steroidal anti-inflammatory medications. These treatments failed to control her brain tumors from causing nausea, vomiting, and neurological pain so severe she was unable to put food into her mouth or swallow. They also failed to prevent it from spreading to other parts of her body. I suggested that cannabis could help with the symptoms of her treatment based on things I’d learned at Hempology 101. When all else failed, my family gave cannabis a try and helped sign my sister up for the V-CBC. Inhaling small amounts of cannabis gave my sister the ability to eat, sleep, and effectively share the last few months of her life with her family.

(Ceri enjoying dinner with her family)

During those last four months, she smoked cannabis to relieve her symptoms, allowing eating at restaurants with the family to become a regular occurrence. It was during this time that bonds were mended among our family, and precious moments were shared that brought us closer together. She died only one year after contracting the illness.

My parents pledged to fight cancer and raised tens of thousands of dollars for the Cancer foundation through hosting dance parties, selling custom made pins, and amassing a large crowd of people to Walk for the Cure. My sister’s segment with The Daily on Shaw TV, where she shared her story and attempted to warn young people of the dangerous trend of tanning, won a media award in the Empowerment category in the Northwest Video Awards.

You can watch it here (VIDEO)

Melanoma, unlike many cancers, is clearly visible on the skin. Changes in the shape, colour, or size of moles are potential indicators. Early detection is directly linked to a very high survival rate—close to 95 percent—if detected before the cancer spreads below the skin. Melanoma kills close to 20 Canadians a week. The most at risk are fair skinned, fair haired, blue eyed, and freckled, people of all ages.

Melanoma is suspected to be related to U.V. exposure. In Australia, where the ozone layer is depleted, the rates of Melanoma are the highest in the world. Someone will die from Melanoma every hour. After applying the concentrated cannabis oil known as ‘phoenix tears’ to a cancerous mole on his nose, Rick Simpson has reported curing his, and others, of their malignant melanoma cancer. 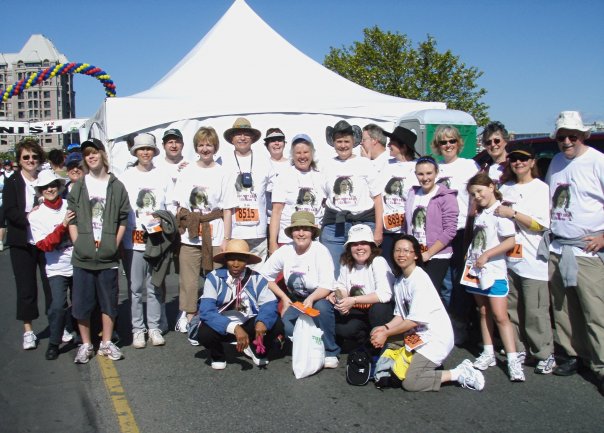 I feel that sharing my family’s journey with this cancer an important task, especially when an increasing number of people are contracting the disease. The conventional treatments are a gauntlet of radiation, surgeries, and drugs that come with a host of incapacitating side-effects. It’s important we consider the well-being of patients suffering from life-threatening conditions, and offer alternatives like medical cannabis that will bring ease and comfort during their time left to live.

I am now leading a constitutional challenge to allow medical patients legal access to cannabis derivatives.   you can support the fundraising effort by going here FUNDRAISER