There is a chill in the air across Canada, but it isn’t from the crisp Northern climate.  Bureaucrats and politicians across the country have been cold to the cannabis culture that fought so hard to stop prohibition.  For example, legalizing cannabis without giving people a comfortable legal place to consume in public that doesn’t interrupt non smokers, demonstrates how poorly planned this scheme has been. 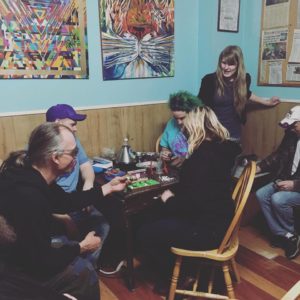 Furthermore, patients are being pushed to the curb with less dignity than drug addicts.  Tourists are confused when they are told the legal stores have little to no inventory of our infamous BC Bud.then recreational users are told that there is no where but the sidewalk to smoke it. Craft cannabis growers watch small-scale wine and beer producers invite customers to their locations hoping for the day they can do the same. The legal cannabis market in Canada and BC has not made any consideration for consumption sites for cannabis and this must be addressed now.

We are a few weeks into a campaign to petition the CRD to amend the Clean Air Bylaw and it is clear that there is widespread support amongst both cannabis smokers and non-smokers alike for lounges to be made legally available.  Many locations throughout the CRD are helping the Victoria Cannabis Buyers Club in this quest to create a variance process that will give municipalities the option to consider granting Temporary Use Permits to facilities and events. To date, we have approximately 500 signatures in support of our cause!

We would like to send a sincere thank you to the following organizations for hosting our petition:

Also a big thanks and round of applause for Walbran Steve, who has been putting in hours gathering signatures for our petition almost every day. 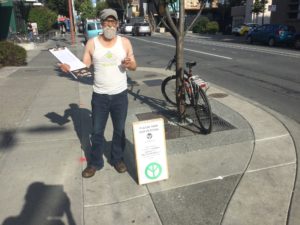 The petition was started after inspectors from WorkSafe BC and Island Health paid a visit to the VCBC with the intent of shutting down the club’s smoking room.  After threatening to fine the club for allowing indoor consumption, Island Health appears to have backed down to give the club time to change the law so we can continue to provide this valuable service.  The situation is tenuous, and Island Health is strictly focused on compliance, but hopefully the powers that be will give us enough time to create this variance process and obtain full authority for our lounge.

While Island Health is the arm of government enforcing the Clean Air Bylaw, it is actually the Capital Region DIstrict that made up these regulations.  The CRD is composed of 23 individuals from 15 different regions of the Southern section of the island, including some of the Gulf Islands. These directors, many of which are mayors, are the ones we must convince to create this variance process. 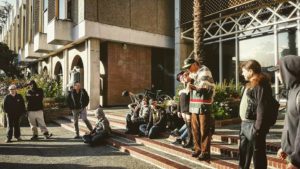 In Victoria, the city council has tried to start an outdoor pilot project but the staff concluded that there were too many legal barriers to launch it at this time.  According to staff, the province is considering licencing cannabis lounges but it appears that little has been made public about any such move from policy makers. Given BC’s record in how slow that have been In licensing retails stores, it is unlikely any opportunity to get a legal permit for a cannabis cafe will happen any time soon.

Four of the Victoria city councillors also sit on the CRD board.  Gaining their support for this variance process is an important step towards getting the regional directors to consider this variance process.  The club has made several attempts to persuade our local politicians, including several presentations at evening council meetings.

Even the most conservative members of Victoria’s city council, Geoff Young, has stated publicly how absurd the legal situation for cannabis consumers has become. He agreed that cannabis regulations are especially difficult for those of us that live in apartments or condos in the downtown core.  This is one of many reasons why we are finding many people across many demographics who support this amendment including smokers and non-smokers. Cannabis is federally legal in Canada, the next step is creating legal spaces for adult consumption. Help us form the future of cannabis spaces in Victoria, BC by signing our petition.

Link for the petition here