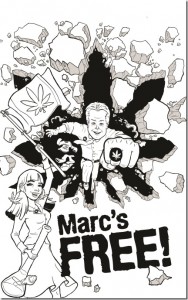 By Owen Smith In a previous blog I mentioned a number of medical cannabis products that are being developed around the world. All of these products require at least the basic extraction of the medicinal ingredients from the bulk of the cannabis plant. Although it is difficult pioneering work, medical cannabis groups have been diligently […]

by Ted Smith Last year was the best year for cannabis activism that I have witnessed in my almost 2 decades in the field.  Indeed, the future has never looked brighter for cannabis, both in Canada and abroad.  As we work together to make 2015 even better, lets take a minute to reflect upon the […]