Deprecated: The $control_id argument is deprecated since version 3.5.0! in /home/oq5ayjaeetjt/public_html/wp-content/plugins/elementor/modules/dev-tools/deprecation.php on line 304
 DanaLarsenSH_20110110_2_thumb.jpg - Cannabis Digest
Skip to content 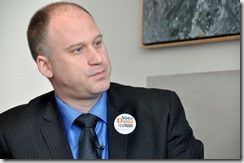 Owen Smith The City of Victoria is currently exploring potential regulations relating to the operation of medical marijuana-related businesses within the municipality. There are only three days left to complete this survey created by the Victoria City Council to inform the regulation of medical cannabis dispensaries and other cannabis-related businesses. TAKE THE SURVEY HERE 20 years after the […]