Deprecated: The $control_id argument is deprecated since version 3.5.0! in /home/oq5ayjaeetjt/public_html/wp-content/plugins/elementor/modules/dev-tools/deprecation.php on line 304
 7 Ridiculously Easy Things You Can Do For The Movement - Cannabis Digest
Skip to content 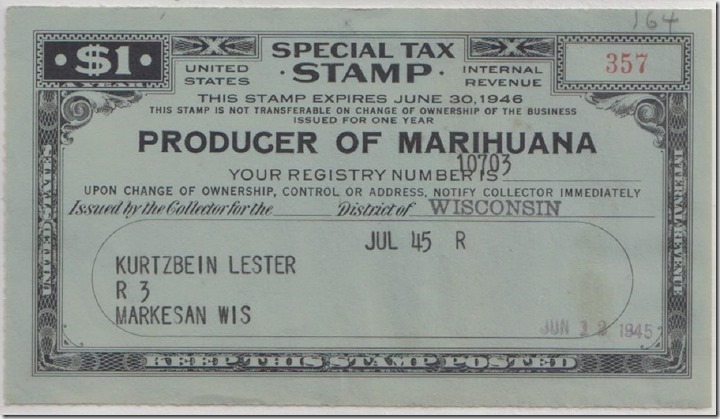 I used to manage a small headshop in downtown Medicine Hat, AB and we always had at least one petition available for people to sign, topically dependant on the current events within the movement. My first few weeks there, I got tired of staring at the sparse signatures on mostly-blank sheets of paper and started actively encouraging people to sign, and if they declined I had to ask “Why?”. Some of the answers I received were more of a reality check than I wanted. Some didn’t think that petitioning the government would change anything, the corruption simply ran too deep. Some people proclaimed that decriminalization was a far better system while spouting half-facts and broken statistics more than likely gleaned from their buddy during a smoky conversation, but never sufficiently ‘Googled’ for accuracy.

Lots of people were afraid that on one of the routine police visits that the signatures of those in favour of legalization or medical patient rights (or whatever that particular petition was for) would end up in the hands of the police and that they would be violently targeted. What a sad and scary world we live in when citizens refuse to take action out of fear of the very people who are supposed to protect us while we fight for our rights. The world is a messed up place right now and people are scared… But what to do? As an activist, one of the most heartbreaking phrases I hear on a regular basis is “But there’s nothing I can do about it.” So here’s my list of 7 Ridiculously Easy Things You Can Do For The Movement (and you don’t even have to sign anything):

Support Hemp: Need a new notebook for class? Got a hole in your t-shirt? Have you reached the warning paper in your pack telling you to go buy more? Rather than hitting up the stationary aisle at a large chain store or clothing yourself in a cotton-polyester blend, pitch the extra couple bucks for a hemp alternative. You’ll benefit from a more durable product that will last longer and save you money in the long run. Besides, we all know about the paper industry’s role in prohibition (and if you don’t here’s a link to a great rundown). Why would we wrap up our joints in something that has a major hand in keeping those very joints illegal?! Ask the stores in your area to start stocking hemp products and encourage like-minded friends to do similarly. 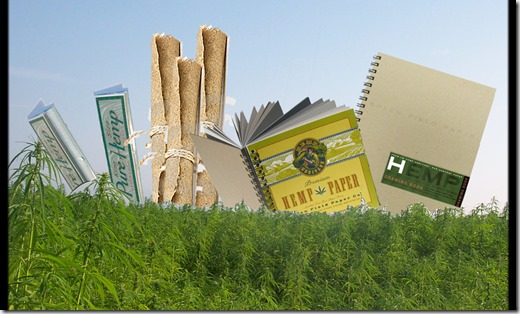 BYOB – Bring Your Own Bag: Headed for the grocery store or the mall? Bring a couple re-useable (preferably hemp canvas) bags with you. I have a friend who always tends to forget hers in the car, so she got a bunch of fun-coloured tape and shiny bangles to decorate them with so they catch her eye and her memory. (Not to mention, they look fabulous). While you’re at the store, try to stay concious of the amount of plastic packaging on the groceries you buy. Plastic is everywhere you look in this day and age and plastic is a petroleum product. Oil companies are one of the biggest sources of anti-pot propaganda that we have to tackle. After all, why on earth would they want people to know about a completely sustainable plant that can produce clean fuel and actually repair the environment while it grows?

Vote With Your Dollars: – As time goes on, things break and have to be replaced. Chucking out everything plastic or paper that you own and buying new, sustainable alternatives would be a waste of money and landfill space. But if you find yourself in need of something, think of every dollar you spend as a ballot you’re casting. So many corporations these days have their fingers in politics (and vice versa) that the decisions you make on what products to purchase (and where to purchase them from) could be funnelling your hard-earned money directly into the pockets of the prohibitionists themselves. This is a hilarious infographic that was sent to me a few years ago and I still keep it saved on my phone to this day to check while I’m in the store if I’m unsure about a product.

Smoke Weed In Public: Yes… I know what you’re thinking. “You want me to do WHAT?” But hear me out. Now it goes without saying, be cautious of your surroundings and understanding of the attitudes of your local law enforcement. But here’s the deal: Cannabis users exist, illegal or not, and people are going to have to deal with it. Gone are the reefer-madness days of drug-dens and pushers, so come out into the sunshine and go for a walk. The more people see marijuana being used in a peaceful, recreational manner by people who don’t fit their stereotype of a “drug user”, the more open their minds will become and there will be a paradigm shift. This leads to my next point… 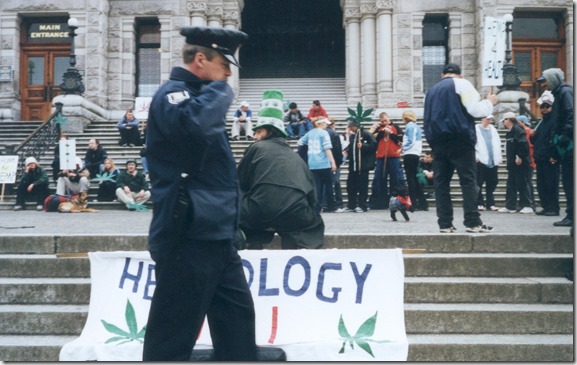 Mind Your Manners: If you’re going to toke in public or rep the leaf on your shirt, don’t be a dick. That’s really all it comes down to. Don’t smoke close to kids or people who are obviously bothered by the smoke. Be peaceful. Try to avoid things like foul language around kids and the elderly, being loud and obnoxious or blasting loud music at inappropriate times and decibel levels. Do nice things for strangers. Open the door for someone with their hands full. Keep your work performance up. All of these little things seem to blow people’s minds if they’ve always had the wrong idea about pot smokers and it starts them thinking… and more importantly, questioning.

Get Educated!: Once we get people re-thinking their prior judgements on cannabis, they’re going to start asking questions. A lot of the time, they’re going to come to YOU with those questions. I’ve often said that the only addictive thing about marijuana is learning more about it. Keep reading cannabis related magazines and blogs like this one. YouTube Channels, NewsFeeds and Podcasts are all great way to stay informed on current events as well, but always remember that these forms of media are subject to personal bias. Any time you read something or hear an interesting fact or just see a claim made in a photo post on FaceBook, Google it before you repeat it or hit the share button. Cannabis prohibition relies on the spread of misinformation, so make sure you aren’t accidentally a conduit. There are lots of resources out there like PubMed that give you access to tonnes of medical journals and studies, in addition to sites like Snopes which are great for quickly debunking false claims and many other urban legends.

VOTE!: Seriously, it’s not hard. But Stephen Harper is trying to make it harder. Canadians suffer one of the worst cases of voter apathy in the world. I hear so often “Just one vote won’t change anything. Besides, the elections are all rigged. Why should I bother?” I’ll tell you why. Because if every person I’ve heard make that as an excuse for not walking half a block to a polling station had ACTUALLY VOTED instead of making excuses, they could have changed something and this country wouldn’t be in the boat it is now… and they would have no reason to whine rather than voting. I’m pro-marijuana and anti-whining. How about you? It only takes a few minutes to go online and research the candidates in your area. Find a party that fits for you and cast your ballot, before you aren’t allowed to anymore.

By Dean Schwind Manitoba activists fight to free the weed If you are a student of history you will know that all of the worlds empires have had a central seat, a Rome, Washington, or Ottawa if you will, where laws and politics, power and money, are the commodities of trade. The hub of the […]