Patient Testimony: My Medicine is Necessary 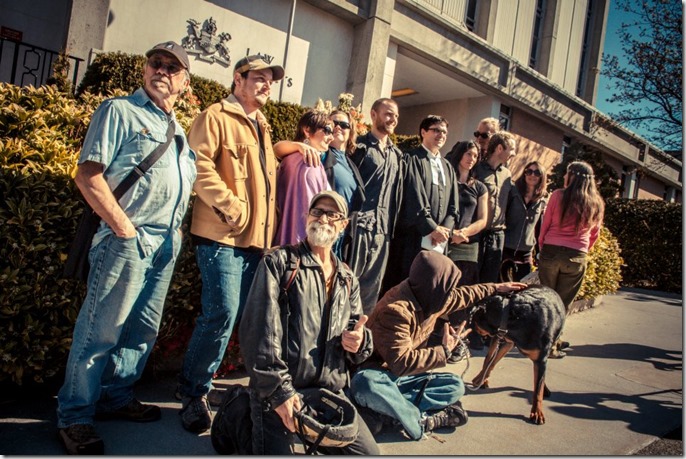 For the most part, medical cannabis users are among the least fortunate people in society. Not only have they acquired a life-altering condition but the treatment options that are available don’t work for them. Cannabis is medically necessary for these individuals. The Victoria Cannabis Buyers club is a medical cannabis dispensary that is full of such individuals with heart-wrenching stories of suffering and hardship.

These people are the driving force behind the challenge for legal extracts that I launched in 2010. The suffering that their permanent condition inflicts is compounded by this prohibition on their choice of medicine. This is why I broke the cannabis law: in order to prevent their ongoing suffering. This is also why dispensaries exist. The classic example of the defence of medical necessity is “To steal a loaf of bread to feed one’s starving family,” though in this case, nothing is stolen, and the entire community benefits. 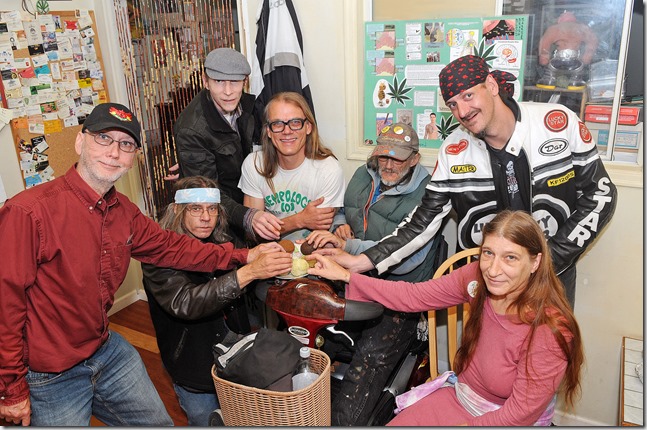 At the Victoria Cannabis Buyers club, i have spoken with many people who chose to use cannabis extracts to help their conditions where pharmaceutical drugs have failed. The side effects of their prescribed medications often make the psychoactive effects of cannabis seem pale by comparison. During my constitutional trial, MMAR license holder and member of the Victoria Cannabis Buyers club, Gina Herman, bravely told her story to the Judge.

Gina’s prescribed dose of oxycontin rose over time from 40 to 240 milligrams to treat her chronic pain. The psychoactive effects were so severe that her husband and sons would quite frequently report her erratic behavior: “I would just be sitting there by myself and one of the boys would come in from school and I would have been talking to nobody but carrying on a conversation, by myself I guess.” Gina and three other members testified that medical cannabis does not make them feel high, but returns them to a pain-free state. 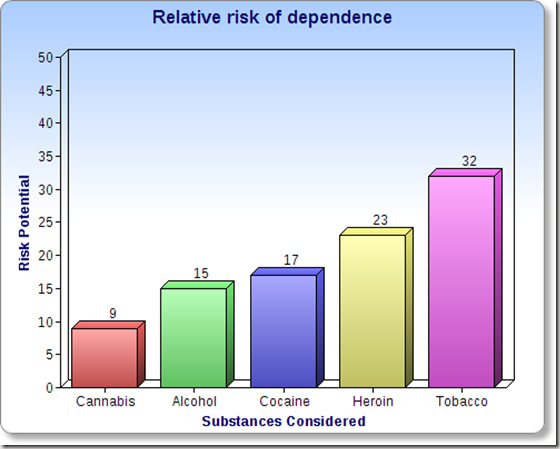 Gina described how eating cannabis helped her withdraw from her former medications. “Shaking, sick to my stomach, headaches, feeling like there was bugs crawling in my skin. I called it the heebie-jeebies. However, once I got into the VCBC and started eating the cookies … I seemed to be able to handle it as long as I had the cookie in me.”

She described how the cannabis products from the VCBC helped restore her quality of life and rebuild her relationship with her family. “I am able to get out now. I’m able to see my granddaughter. I am rebuilding my relationship with my youngest son as he was the hardest affected when all this started building up… I can now talk to my six-year-old granddaughter in London, Ontario because I’m not starting a sentence and ending out way in left field where I didn’t even know what I was talking about.”

Gina is one of many thousands of patients who use medical cannabis because it is absolutely necessary for their quality of life. It is important to remember when discussing medical cannabis, that it comes to the aid of some of the least fortunate people in the country. Not only do they suffer from a serious disability or disease, but they haven’t responded well to any of the currently available allopathic treatments. Hearing a patient’s experience going through a gauntlet of unwanted side-effects that have accompanied their pharmaceutical medications—ranging from loss of contact with their families to loss of control over their bodily functions—one would need an iron heart to deny them this safer option.

Owen Smith·June 10, 2016
There are no comments yet No comments