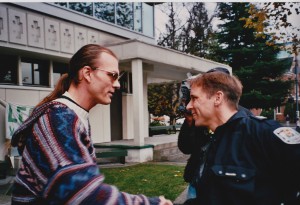 By Ted Smith On March 20, 2015, patients and activists from across the country will descend upon the Supreme Court of Canada to witness the first medical cannabis case ever heard by the high court.  Owen Smith, former head baker of the Victoria Cannabis Buyers Club, will be in the front row to watch his […]

Mulcair, Marijuana, and the NDP

﻿By Dana Larsen Hello my friends, here are some thoughts about the drug policy reform movement, the New Democratic Party, and Thomas Mulcair. First off, I backed Peggy Nash’s leadership bid, and worked hard to elect her, along with End Prohibition Directors Nicole Seguin and Jacob Hunter—they set up her BC phone bank and database. […]