Deprecated: The $control_id argument is deprecated since version 3.5.0! in /home/oq5ayjaeetjt/public_html/wp-content/plugins/elementor/modules/dev-tools/deprecation.php on line 304
 Cannabis and the Liquor Store Question - Cannabis Digest
Skip to content

In December of 2015 British Columbian cannabis buffs were confronted with a conundrum, a present, I fear, from Bad Santa, but then again, maybe not. BC has both government run and private liquor stores, normally competitors with one another. But supported by the formidable BC Government Employees’ Union (BCGEU), they came together that winter to lobby the provincial government for the right to sell cannabis in the upcoming legal market. They were well suited to this task, they argued, because they already knew how to deal with a restricted substance. Stories on the subject were carried in the mainstream media: CTV News; CBC; Global News; in local papers; and also in alternative media such as Cannabis Culture, the Georgia Straight, and Lift News. Opinions ranged from enthusiastically pro to sternly con. Then, during a political debate leading up to the BC provincial election on May 9th 2017 (results yet to be decided) New Democratic Party leader, John Horgan, was quoted widely on his support for the liquor stores on this issue. His key opponent, BC Liberal Party leader, Christy Clark mocked him for taking this stand, calling him a pawn of the unions. I think about cannabis politics a lot. But I chose the word ‘conundrum’ here because the idea of LCB cannabis continues to confuse me.

The responses to the LCB’s request divide themselves more or less into three headings: the perspectives of public health, of public safety, and of political economy. Speaking for public health, there is the federal task force, and Perry Kendall, BC’s first Public Health Officer. Kendall echoes sentiments expressed by UBC Public Health Professor Mark Haden. The federal task force, for its part, would like to see a “ban on co-locating cannabis with alcohol and tobacco products,” as such a combination, its members believe, would encourage “dual use.” Kendall and Haden have a different message. They argue that liquor stores have long been in the habit of pushing consumption. And pushing consumption is not what the authors of the Cannabis Act intended, a judgment that is probably correct. 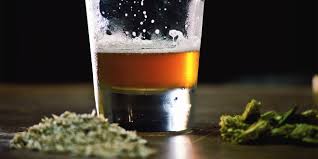 The issue of ‘dual use’ should not concern us much. As people will be able legally to have tobacco, bud, and single malt scotch in their homes at any given 4:20, we must leave it up to them to learn how best to combine them—or not. We put whiskey in our coffee; we have cigarettes with our beer. It is common in Europe to mix tobacco and cannabis; it was common in earlier times to infuse wine with cannabis; and the US market already features beer containing cannabis. Some public education might be in order here, but trying to cage consumption through public policy is simply to treat the public as a collection of infants, potential derelicts, or worst of all, inappropriately happy folks (whatever that means) with some great cocktail recipes. We should all be done with dictating how it is appropriate for adults to relax.

On the matter of pushing consumption, I am sympathetic. Both Haden and the task force have called for “plain packaging.” True enough, ads push consumption. That’s not a good thing. Such thoughts have led me, I confess, to imagine a hallowed cannabis industry run by monks, or medieval sisters, or more contemporarily, a new age sect, sequestered solely to meditate, do yoga, and grow cannabis. They would focus on quality, praying daily for inspiration. But such an arrangement, as one can see, would pose a problem for the existing, yet to be licensed BC industry, whose members may not wish to join such a sect. Besides, making cannabis the only substance on the market that cannot be packaged attractively, or advertised in any way, will only enforce the notion that ‘weed’ is worse than everything else out there. And cannabis already has sufficient stigma attached to it.

Speaking for public safety (perspective two) there are the Liquor Control Boards of Ontario and BC. Their view is this: if protecting kids and keeping crime at bay are the key goals of legalization (certainly the sentiment of the feds), the LCBs already have the ‘social responsibility thing figured out.’ They excel at checking ID. Ontario Premier Kathleen Wynne is quoted as saying: it makes a lot of sense; no point in re-inventing the wheel. Similarly, Jenna Valleriani, blogger for Lift News, has argued that if public safety is the first concern, liquor stores are the best choice, adding, somewhat confusingly, the modifier, ‘unfortunately.’ 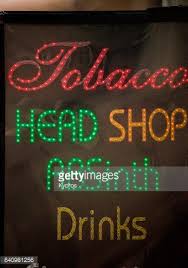 The public safety view is incoherent. Teens get access to alcohol every weekend of every year, and have done so in every decade, and probably in every century. They don’t walk into liquor stores. They acquire their drinks from older friends, or from family. Super duper skills in ID checking are irrelevant to this scene. Besides, liquor stores market hard sodas. Doesn’t that appeal to teens? Truly, I doubt that the LCB believes its own rhetoric. Rather, it is more likely to be making good use of the feds’ obsession with keeping cannabis away from teens, a position equally incoherent. But to what purpose? Is there a larger agenda? Then there is perspective three: economics. One can hear the BC liquor store’s request in two ways: One: We are well equipped to sell cannabis, and should be allowed to do so; and Two: We are the only ones properly trained to sell a restricted substance. What should we hear?

To this question responses have varied. On the mild side, renowned BC activist, Dana Larsen, has emphasized that the liquor stores have not asked for a monopoly. He has always envisioned a wine model for the cannabis industry, he notes, featuring artisanal growers and producers working alongside larger manufacturers. We could have LCB cannabis, and then more specialized styles of dispensary cannabis. Private liquor store spokesperson, Damian Kettlewell, has floated the idea of having producers of all sizes selling to a central wholesaler, who would then supply both the LCB and the private liquor shops. That sounds harmonious. But is it realistic? Considering this matter, Colorado based lawyer, Andrew Livingston, quoted by Canadian media, reminds us that the BC government, to succeed, will have to balance the demands of long time players with any new retail plans. Indeed. Some participants in the long time players’ group are skeptical, and see the LCB’s request to sell cannabis as ploy to centralize production and distribution.

For the skeptic, here’s the problem. If the liquor industry sells cannabis—and I am betting that regardless of what party rules BC, it will—it will be the largest buyer of wholesale cannabis in the province. As such, it will have power to dictate prices, to undercut prices, and to sell cannabis, for a time, at a loss. That could wipe out dispensaries, and with them, their artisanal suppliers. They could choose to deal only with large producers, or only with the current LPs. Would the BCGEU and the private liquor stores use those powers? Or is Larsen right, and that’s not their agenda at all? And is Kettlewell’s image: producers of all sizes selling to a wholesaler, most likely to be the scene? To protect BC Bud, the provincial government would likely have to wrest some power from the feds, not an easy task with this lot. But is protecting BC Bud in the provincial cards? 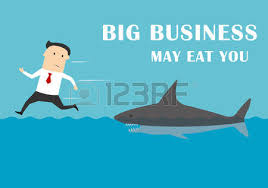 Second, the vibes coming from Ottawa are not BC friendly. Earlier this month Vice Canada News featured a town hall meeting with Justin Trudeau. When asked how he would eliminate the black market in cannabis, Trudeau responded that, if offered a chance to buy either from a legitimate shop, or from the Hell’s Angels (“les Hells,” he said, speaking in French) most Canadians would choose the former. Well, that’s true. But the choice he paints is a fake. In BC, at least, the choices have long included growing one’s own, buying from a reliable seller; and in some municipalities, buying from a dispensary. Why work with such a distorted image? Then, every currently unlicensed producer in Canada is subject to arrest until Trudeau pronounces otherwise. And BC has a lot of those. That sounds like setting local, informal producers up to look like criminals. And finally, there is the law and order agenda: ‘we’re just here to protect the kids and eliminate the gangs.’ There is no place in that agenda for fostering exceptional qualities of cannabis, a style of production more likely to be found in a varied market, teeming with small producers. The law and order scheme seems friendlier to big business.

These are hard spaces to read. It has to be said that selling cannabis in liquor stores would benefit customers in municipalities that might reject local dispensaries. And that it might go some distance to normalizing the plant. But it is against the background of the contorted, cross-crossing signs I’ve been trying to track, that we must wend our way through the Liquor Store Question, and the larger question of BC industry’s future. I remain confused, the best I can do for now. I do foresee heavy lobbying ahead for all concerned. Meanwhile, we wait to see which government we’ll get to lobby.

By Ted Smith Emery Reflects, Re-evaluates and Reacts Soon after Marc Emery was released from prison I bugged him to grant me an interview. Luckily he had time before taking off to Europe for his first trip abroad with his wife, Jodie. Here is what he had to say. 1. Can you describe your first […]