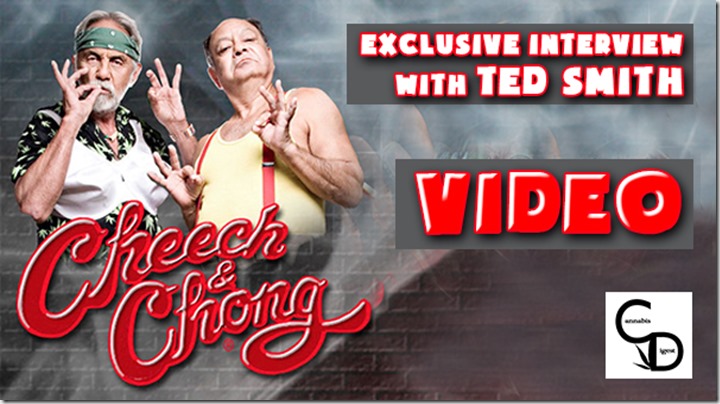 When it comes to famous potheads, no one is more famous than Cheech and Chong.  Indeed for many, these celebrity comedians are the definition of stoners.  Getting 15 minutes of their time together is something a big kid like me would never dare to dream of.  But I got the video evidence to prove I got to do that and the hilarious results stunned me.

Seriously, who could have thought I would get to hear about how much Tommy Chong enjoys sticking cannabis suppositories up his butt?  Or hear him rib Cheech for eating too much honey oil and projectile vomiting?  At times I just sat between them with my jaw open while these icons joked with each other.

On a more important note, I was also able to have a very candid conversation with Chong about his fight with prostate cancer and how world-renowned naturopath Dr. Neil McKinney helped him change his diet to fight it.  His very public battle with cancer has helped bring even more attention to the incredible medical benefits of cannabis and natural medicines.

While it was tempting to ask them whether or not they realized they were actually helping justify prohibition by stereotyping cannabis users as poly-drug using degenerates, I held off any heavy questions.  Ultimately these guys are entertainers, making fun of people that like to smoke ganga has been wildly successful for these comedians and they have been embraced and adored by the cannabis community throughout the world despite this negative portrayal of us.  While some of the more serious among us might be uncomfortable with being lumped together with these clowns, Cheech and Chong have done more to show that cannabis lovers are gentle, fun-loving spirits who are no more of a threat to civil society than Monty Python.

A full story about the interview and show in Victoria will appear in the fall issue of the Cannabis Digest.  A huge thanks goes out to Cam Birge for setting this interview up and getting me into the show.  None of this would have been possible without him.

Next article The Importance of THC free Cannabis

Kris Pypka·March 15, 2016
There are no comments yet No comments

An Interview With: Elizabeth May