Deprecated: The $control_id argument is deprecated since version 3.5.0! in /home/oq5ayjaeetjt/public_html/wp-content/plugins/elementor/modules/dev-tools/deprecation.php on line 304
 Cheech-n-Chong_thumb.jpg - Cannabis Digest
Skip to content 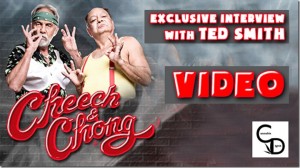 American actress and comedienne Whoopi Goldberg on Monday expressed interest in expanding her fledgling cannabis business into Canada, though she took care to say that a successful expansion would not be immediate. “It’s going to take a minute,” the actress said in an interview, stressing that many steps lay ahead before her products could be […]

Perhaps the most important moment in the history of cannabis was in 1917 when George Schlichten announced to the world that he had invented a machine that could easily harvest hemp into high quality raw materials.  Instead of propelling hemp production into high gear, however, this was the final straw for Wall Street, which immediately […]