Welcome to Issue 48 of Cannabis Digest. If you have, with any passion, been watching the changes in Canada’s cannabis scene, you will have experienced days of confusion, giddy exuberance, and angst. The landscapers have been at work. Cannabis extracts are legal. Denying patients the right to grow is illegal. Dispensaries are legal (where municipalities allow them). Denying patients safe access is illegal. These changes have allowed patients to breath more easily. But more changes are presently to land, and we have little idea of the content. Health Canada will on August 24th announce its new rules for regulating cannabis-based medicine. Patients, for whom the rules are being written, can only imagine their shape. The BC Federal Court will rule soon on whether patients who lost their MMAR licenses can get them back. Those waiting to hear can only guess. If Canada had Glinda, the Good Witch of North as prime minister (my preferred candidate), we could anticipate at leisure. But it has Trudeau the Unknown, so we anticipate with unease. 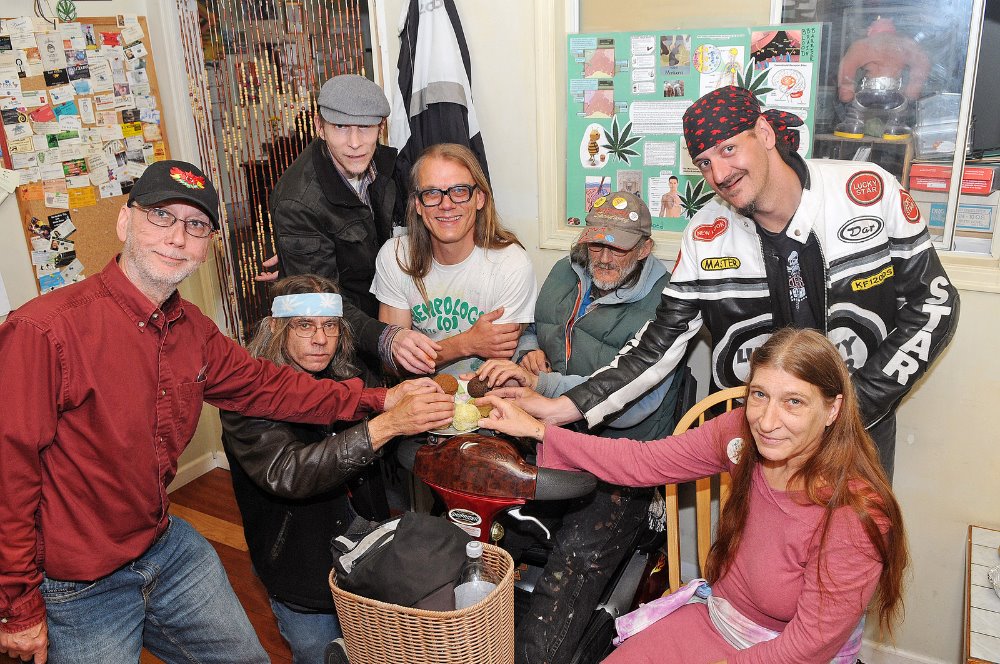 Happily, cannabis activists have spent decades in this kind of suspense, and have learned to be optimistic and creative anticipators. Whilst waiting they have, for example, built cannabis dispensaries, bakeries, and small, medium and big gardens. They have become master growers, specialized medicine makers, delivery people, tech support people, insurers, and brokers. This coming May they have arranged for the first dispensaries in Vancouver and Victoria BC to be given municipal business licenses. For spring 2016, Canadian activists gripped by anticipation have planned nation-wide parties. In April, Canadians can attend 420s, and meet Dana Larsen on tour; he’s travelling the country to promote Overgrow Canada. On June 11th there will be Cannabis Day picnics, designed and promoted by Victoria activist, Ted Smith. On July 1st we will have Cannabis day. Throughout the spring and summer Canadians can tend their Overgrow Canada plants. Here and there everyone will see posters for local festivals and cannabis forums.

This year, in addition, creative optimism has done something extra. It has pushed the case for legalizing cannabis in Canada to a legal tipping point, I think. When Justice Phelan ruled last month in favour of patient gardens, he did so on the grounds that the law forbidding them was arbitrary. It was arbitrary because its stated goal was to create safety, yet its notion of safety was premised on harms that turned out to be illusory. The rule of arbitrariness is a mind-bending, if obvious, idea. Should anyone challenge the constitutionality of cannabis prohibition today, they could well see it thrown out on similar grounds. How, after all, has prohibition made anyone safer? This ruling brings substance and clarity to the prohibition issue, and puts pressure on governments. It signals that the longstanding practice of faking harms is out. If that’s the case, then one way or another, freeing cannabis from its shackles is in. So buff up your best planting shoes this spring, and plant creative optimism. For solid results there is nothing like it.