Deprecated: The $control_id argument is deprecated since version 3.5.0! in /home/oq5ayjaeetjt/public_html/wp-content/plugins/elementor/modules/dev-tools/deprecation.php on line 304
 Editors Note: Arrests and Liberal Legalization - Cannabis Digest
Skip to content

It is difficult to write a cheery note in the midst of raids on dispensaries, relentless arrests (some 60,000 at last count), and the stress imposed on Canadian patients, trying to find sympathetic doctors, just too few and too far between. It is hard to feel uplifted when newfangled racketeers, who charge patients three to five hundred dollars for a simple medical recommendation, surround us. It is nigh impossible to maintain faith in a pro-legalization government that remains silent, and belligerent in the face of this suffering. Or just fails to see it, or does see it and doesn’t care. So here, instead, is a rant. 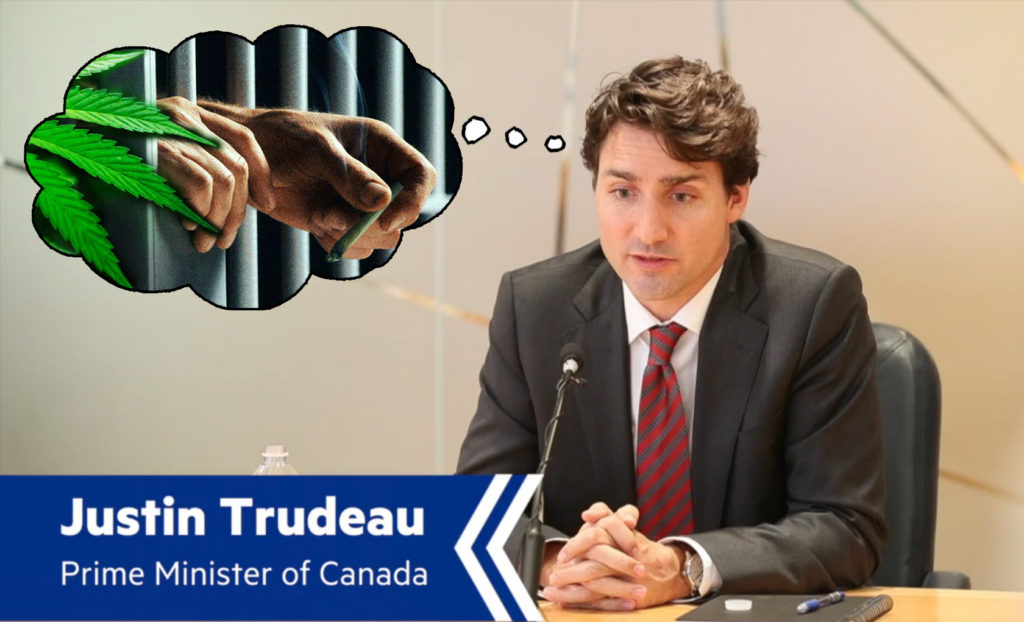 The Liberal Party of Canada, the party we cheered back in October of 2015, has broken faith with the Canadians who voted for Justin Trudeau because they wanted to see cannabis legalized—Canadians who continue to value cannabis for its incomparable qualities: its ability to aid in relaxation, to heighten senses, to heal, and to enhance spirituality. The Liberals’ continued harassment of cannabis fans, no matter what the official explanation, is a betrayal. Moreover, there are far too many federal Liberals personally invested in the success of the Licensed Producers, many of which lobby aggressively to have cannabis dispensaries shut down. So it is not a matter, as the media continue to suggest, of legitimate cannabis battling street cannabis, but rather of mega business trying to drive out small and medium business. Activists, to quote Marc Emery, have put themselves at risk for decades to help legalize their own activities—growing cannabis, and providing it to citizens who wish to consume it. They did not put themselves at risk to have someone march in, take over the industry, and throw them all out. We’re in a battle for the survival of cannabis culture, and of Canada’s local producers.

Sad to say, the Liberal Party of Canada has maintained a doggedly uncharitable way of framing the legalization project. Its members appear to have no positive lens through which they can view it. Saving kids from gangs, as Justin puts his project, provides a pathetic framework. It can bring neither happiness nor justice to the movement that has struggled so long to bring the cannabis plant into the light. The continued campaign of civil disobedience, and especially of public education, therefore, remains relevant, indeed, essential.

As of this issue, Cannabis Digest is under the direction of a new publisher. Kristen Mann has stepped up to fill the place left behind by retiring activist, Ted Smith. If you have stories, or reports, or theories to share, do join Kristen and the rest of us in continuing to bring activists information, and hope. Legalization may or may not be around the corner. But let’s make sure that activists’ voices can be heard in as many corners as possible.
Editor@Hempology.ca

The VCBC is proud to announce its participation in the Canadian Association of Medical Cannabis Dispensaries (CAMCD) certification program. CAMCD has developed a strong set of standards for certification that help assure policy makers, stakeholders, and local governments that patients best interests are being served. The VCBC has always strived to be a transparent, accountable, […]

The 1960s counterculture fostered movements for organic food, natural childbirth, civil rights, participatory democracy, and new concepts of community based on non-violence, non-commercialism and unfettered joy.  Activists of this era created change by altering frames of reference, frames that determined how they and others understood the world.  They invented consciousness-altering events: street theatre, […]