Part five in a series on the task force report.

Arbitrary limits are a bit funny, scaled taxation has never been seen before, and production controls are unlikely to be effectively implemented with the looming threat of a powerful black market. It seems doubtful that these recommendations would survive deep into regulation, even if they are adopted at the outset.

This being the last article that focuses on the shortfalls of the report, it is time to address the most serious long-term threat to the small scale cannabis economy, centralized distribution.

If a centralized distribution system controlled by a government monopoly is implemented, there is the distinct potential that we would see the end of craft-style production, at least within the legal marketplace.

It is a frightening possibility for small producers and retailers, and will undoubtedly limit the options for the end user.

In the report, the task force doesn’t go so far as to directly recommend a government distribution monopoly, but they don’t recommend against it, either. In their own words:

Implementing a government monopoly on wholesale
distribution has been widely supported. It has proven
effective with alcohol as a means to prevent diversion
and to maintain controls over supply.

If the goal is only to maintain government control, then centralized distribution is indeed ideal.

From a government perspective, it is particularly useful for public safety risks, like alcohol and gambling, and services that require massive infrastructures, like electricity. From a social perspective, it can prevent monopolies, provide affordable necessities, stop price gauging, or protect the environment. 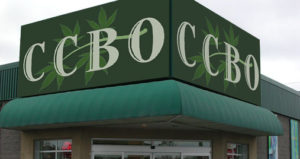 The problem is that it restricts access for the consumer, and limits participation from small businesses, sometimes eliminating it. By adding restrictions to the open trade of goods, it also encourages black markets.

Where does cannabis fit in?

On the bright side, the task force suggests that this decision will rest with the provinces:

The Task Force recommends that the wholesale
distribution of cannabis be regulated by
provinces and territories.

They are right. Leaving distribution to the provinces is an excellent recommendation.

Regional attitudes differ, as do the compositions of their business communities. The provincial government already deals with many more distribution issues that the federal government does.

Not only do they regulate alcohol distribution at a provincial level, but it is where the rubber meets the road when it comes to providing the primary services our citizens expect. While most do not use the term ‘distribution’ for education, health care, insurance, energy, social services, and natural resources, they are often brought to the public through systems developed and regulated at the provincial level.

That being said, whether the government should directly distribute consumer goods, as opposed to regulating the private market, has been a longstanding debate here in BC, and in many places across the country.

The obvious comparable is alcohol, and it is a decent comparison in many ways. In BC, the government controls the vast majority of wholesale directly, and operates retail outlets across the province. This crown corporation is profitable and provides a number of relatively well-paid jobs.

Cannabis will likely be distributed in a similar fashion to alcohol, with age restrictions and limited licensing, so it might seem that we can plug and play. There are a number of reasons why this is an illogical line of thought.

Cannabis is perishable. Even though it doesn’t rot if cured, it is still more like vegetables than wine. If protected from light and air, cannabis can be stored for upwards of a year, but only under ideal conditions. The complex chemistry of cannabinoids and terpenes leads to changes over time, so there should be a system in place to get product from production to retail in a timely manner. Centralized distribution makes that much more difficult.

In BC, cannabis production is dominated by smaller local cultivators. With province-wide distribution comes minimum purchases and complex remittance systems. No centralized system will buy a couple of pounds of a small batch cultivar to spread around the province, where a small private store will for their local clientele.

As it stands right now, even decent sized craft breweries that serve thousands of litres of beer in Vancouver and Victoria do not produce enough volume to be ‘listed’ by the centralized government liquor branch in BC. Thanks to local pubs and brewery tasting lounges, as well as an increase in private retailers, these breweries still have a market outside of the centralized system.

Such outlets will not exist for cannabis at the outset of legalization, which means that centralized wholesale would force smaller producers back underground or out of business entirely. 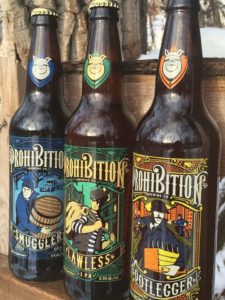 Here in BC, the liquor laws have been loosening. Small wineries and craft breweries have shown that centralized distribution is an inhibition to getting the best local product to market. The demand for these small batch products is ever increasing, and the government is slowly responding.

Hopefully, the recommendation that provincial governments be given authority for the wholesale distribution of cannabis is one that will be implemented. It is far more likely that a regional government will understand the negative impacts on the local economy if small scale cannabis production is forced to remain illegal.

Tens of thousands of jobs and millions of dollars are at stake. If the current federal production scheme for medical cannabis is any indication, over-regulated massive-scale industrial cultivation lacks the ability to compete with the quality and variety provided by the artisanal illicit market.

By ignoring the experts that have done this for years, the very people that pushed Canada to the decision to legalize, the province of BC would be making a grave mistake that would cost our economy millions of dollars.

Julia Veintrop Appointment with family doctor With the date of my consultation in Vancouver booked and approaching, I went to my GP in Victoria to score my free medical travel pass. Plus, I wanted to take another shot at getting him to sign my weed papers. At this point, I realized my GP was inclined […]

By Owen Smith Two years after I had been arrested and charged in the act of making cookies, lozenges, gel caps, and massage oils with cannabis infused vegetable oils, we would begin the trial that would hear the constitutional challenge that was recently before the Supreme Court of Canada. After Ted Smith testified, Gayle Quin, Gina Herman […]