Deprecated: The $control_id argument is deprecated since version 3.5.0! in /home/oq5ayjaeetjt/public_html/wp-content/plugins/elementor/modules/dev-tools/deprecation.php on line 304
 employ-american-hemp-farmers-420-gregvanderlaan.jpg - Cannabis Digest
Skip to content 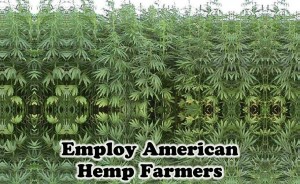 Will The Pot Laws Fall Again?

By Ted Smith Every once in a while, a court case determines the direction of Canadian society. It is a rare occasion when unique circumstances challenge the courts to strike a balance between individual freedoms and public security. Often precedent helps guide a judge towards generally accepted principals of justice that predetermine rules of evidence, […]

Ending my fantastic career as a cannabis activist by interviewing the mayor of Victoria, Lisa Helps, has been a perfect encore performance.  After 22 years of struggling, this very friendly conversation about the Victoria Cannabis Buyers Club, the city licensing dispensaries, smoking lounges and April 20 clearly shows how far our movement has progressed in […]