Deprecated: The $control_id argument is deprecated since version 3.5.0! in /home/oq5ayjaeetjt/public_html/wp-content/plugins/elementor/modules/dev-tools/deprecation.php on line 304
 Hempology 101 : A year in a review - Cannabis Digest
Skip to content 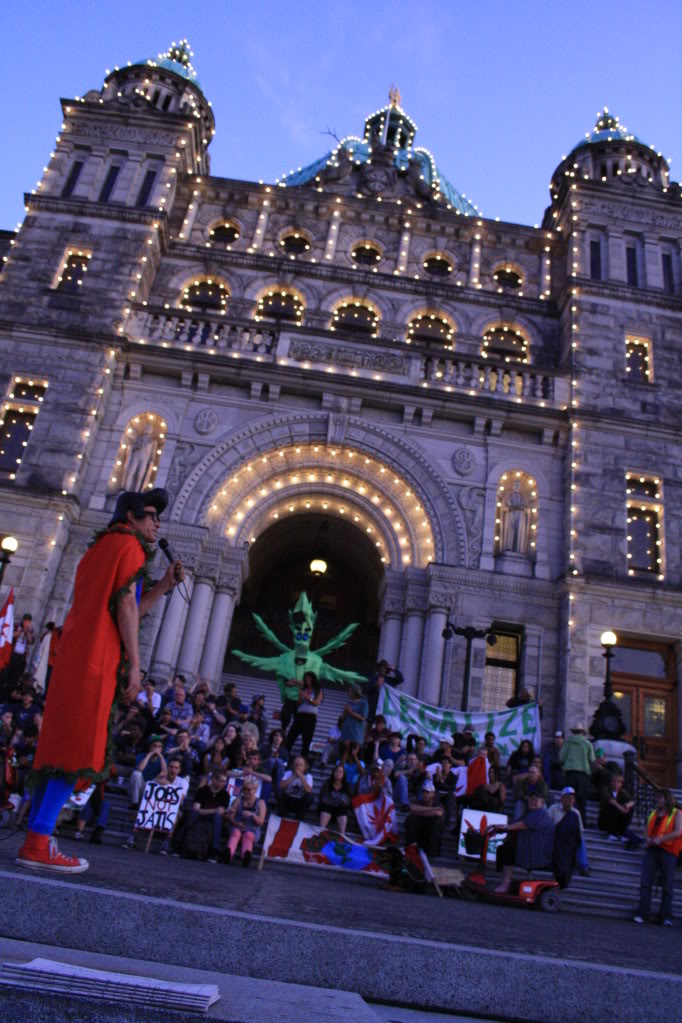 While it will be hard to top the publishing of the Hempology 101 textbook, the next year will be the first full year of touring around, teaching and learning about cannabis. Now that I no longer bear the full responsibilities of running the Victoria Cannabis Buyers Club, I can focus on establishing Hempology 101 as a functioning national organization, verging upon going global.

Before we look ahead, a review of this year will give you a sense of why I am so excited.

Last year began with the trial of Owen Smith, former head baker of the Cannabis Buyers Clubs of Canada, who is facing charges of trafficking THC and possession of cannabis after being caught in a raid on the club’s kitchen in 2009. Though the trial did not immediately affect Hempology 101, ultimately the judge’s decision in the voir dire led to me selling the club to a newly formed nonprofit society, the Victoria Cannabis Buyers Club. A quarter-million-dollar unpaid tax bill has forced me to declare bankruptcy, but that is of no great significance to me, as I have accumulated few assets and cut up my debit card in 1988.

If we had not published the Hempology 101 textbook in the middle of the transfer, this story would turn sour quickly. When the Canada Revenue Agency came to the club in the spring, the book was being sent to the printers. In July, the book arrived and I immediately began touring around the country to take things to the next level.

For a variety of reasons, I rarely left Vancouver Island in my first 17 years of activism. That has changed now that the book has given me the means to fund travel, and the credibility to get media attention along the way. The next phase of my career will see me constantly touring around to see what other activists and hempsters are doing, and hosting conventions, book signings, and game shows whenever I can.

My first book tour was a combination of family visits, book signings, and game shows in my homeland of Ontario. I tried to do too much in too little time. One problem I have is that my desire for change often leads to me over-committing myself. However, I am confident that my efforts will be rewarded, as the Hempology 101 seeds I plant slowly take root and grow.

At the end of the summer, I took a trip to northern Saskatchewan to see a 40-acre hemp field, hosting book signings along the way there and back. Running around in a big hemp field was a dream come true and very inspiring for me, as the potential for this plant is obvious when you compare it to other, smaller crops growing all around a virtual cannabis jungle. It was also inspiring to see how many head shops are opening in small towns everywhere I go.

Now that the book is out, the main focus of Hempology 101 is the creation and development of student clubs at universities and colleges, starting Canada. With that in mind, another trip was made this fall, to Halifax. We hosted cannabis conventions at Dalhousie University in Halifax and Mount Allison University in Sackville, NB, as well as the Ottawa and Toronto public libraries. Under the circumstances, these conventions were immensely successful, not to mention a lot of fun.

A club already existed at MTA, which explains why that convention had the biggest turnout despite the small size of the school. Speakers Jes James and Marcel Gignac were entertaining and informative. This is the first club to start on its own, and though it is less than a year old, the MTA Hempology 101 club seems busy with potlucks, T-shirt making, and movie nights. Under the leadership of Steve Faryna, the club came up with a great fund-raising idea. They have bought and collected a number of old blank T-shirts, made some stencils, and used bleach to imprint pot leaves and the words, “HEMPOLOGY 101”.

While we did not find a student at Dalhousie University ready to start a club, we met several activists in the area had enough connections, and we hope to have a club started by next fall. Despite not having a student to help, the convention went off without a hitch, with speakers including John Percy, leader of the NS Green Party; Debbie Stultz-Giffen, president of Maritimers United for Medical Marijuana; Bobbylee Dillman of LEAP; Michael Dillon; All Things Green Consulting; and Gayle Quin of the Victoria Cannabis Buyers Club.

Next year, I plan on going all the way to Newfoundland, making time for a trip to P.E.I., too. While it is not easy to organize conventions with no students helping, I realize I will need to make an extra effort to establish Hempology 101 clubs in places where I am not known. I am certain there is enough interest that I will be rewarded for my work.

That is exactly what happened in Ottawa. It had been about 20 years since I was last in the capital city, and I have never been there since I moved west and became an activist. After having trouble booking a room at Carleton, we settled for renting a room at the library downtown.

Russell Barth, who finished the convention with a fun history of his activism, helped a lot with getting some press, and the room was full of patients, activists, and journalists. A story in the University of Ottawa newspaper (where another speaker, anti-prohibitionist Eugene Oscapella, teaches law) has drawn out a few students who are going to get a Hempology 101 club going at that school. The convention also featured Adam Greenblatt, from the Montreal Medicinal Cannabis Access Society. Given the highly charged political nature of Ottawa, establishing a club there will help Hempology 101 make a difference in our nation’s capital.

It was also a struggle booking a room in Toronto, with some confusion about the location causing even more problems. In the end, we had a nice-sized gathering of interested people listening to two of the top activists in the country: Marco Renda from Treating Yourself magazine and Vape On The Lake; and Neev Taperio of CALM and the Toronto Marijuana March. Though I had run out of steam by the final convention, it was still exciting to be finally planting the seeds of Hempology 101 across the other side of the country.

This tour had many immediate and long-term benefits. Hempology 101 was reported on by two television stations, four radio shows and four newspapers, including a feature live eight-minute interview on prime time CTV news, shown all over the East Coast. Many other connections occur at these events, that make the benefits impossible to calculate. On a personal level, I met so many nice people, it felt rude only staying for a day or two.

Now that I am back, more students are showing interest in starting Hempology 101 clubs on their campuses, in particular at the University of Guelph and the University of P.E.I. Hopefully, by the time I go on tour next fall, we will have clubs active at each school where we host a convention.

This fall, I was contacted by a student, Calli Walton, at Medicine Hat College in Alberta, who quickly started a Hempology 101 club there. She has gotten some help from a former UVic Hempology 101 student, Kristen Mann, who has been a writer for the newspaper and a keen supporter of Hempology 101, not to mention a close personal friend. By having regular meetings to discuss strategy, make art, smoke joints, and make connections, this club has already displayed great potential as the activist hub for Medicine Hat.

At UBC, the club has finally formed a solid executive. Just in its third year, the UBC Hempology 101 Club has immense potential in terms of the size of the student body, the number of cannabis activists in the area, and the resources of the university itself. Over the next few years, this club should blossom, with the next big goal the third Annual Cannabis Convention on Mar. 23.

Over at Vancouver Island University, things are not going so good. After having a club there for three years we have not found a student willing to help keep the club alive. I have been exceptionally busy this year, and have barely been up-Island. Hopefully in early Jan., I will be able to spend a day on campus and find enough students to keep the club incorporated by hosting a movie night before the convention in Mar.

Our flagship Hempology 101 club at the University of Victoria is still stuck holding the weekly 420 meeting beside the Student Union Building. The administration has not acknowledged the spring “reeferendum,” in which the student body voted in favour of the club getting an exemption from the smoking bylaw. While we have patiently waited for the University to officially grant us the exemption, our patience is wearing thin.

On Mar. 27, the final Wednesday of this semester, the UVic Hempology 101 Club will march from its current location beside the SUB back to where it belongs, in the center of campus, i.e. the Quad. For 12 years, the 420 was held in the Quad, and after a two-year hiatus, many students are anxiously anticipating a return. Ideally, the club will get the administration to submit to the 420’s return to the Quad without any more problems.

Otherwise, the club is enjoying the use of the movie theatre, CineCenta, for the eighth year of weekly, free, non-credit Hempology 101 lectures. Last semester saw a number of great guest speakers, including Dana Larson, Mik Mann, and Dr. Paul Hornby. This semester will also have several guest speakers, and it will continue on through the VCBC bakery trial, unlike last year, when the second semester was cancelled entirely because of the court case.

Having started the year with four clubs, it looks like Hempology 101 is on the verge of being active at eight post-secondary schools in five provinces. This is a great start, but there is much more work to be done in getting Hempology 101 active at every school in the country and beyond. Now that things have been put in motion, I have no doubt that Hempology 101 will develop into a premier global network of students and activists.

Johnny Dupuis In loving memory of my old time friend Marc Paquette (1955-2016) who passed away at the age of 60. My name is Johnny Dupuis, and I knew Marc Paquette very well. It is incredibly hard for me to write this piece, as it makes me feel pretty sad. I first met Marc in […]

Andrew Brown Editor Thanks for picking up another issue of the Cannabis Digest. A lot of people work really hard to get each issue out, and we all appreciate when we get the positive feedback from our readers and the kind stores who carry and distribute the newspaper. It helps to keep us going. I […]

In this series we sit down with Ted Smith and Dr. Dave Hepburn to discuss the medical intricacies of cannabis. Ted Smith is the founder and president of the Victoria Cannabis Buyers Club. Ted has been an advocate for medical cannabis, compassionate access and patients rights for 25 years. Dr. Dave Hepburn is a Canadian […]