Deprecated: The $control_id argument is deprecated since version 3.5.0! in /home/oq5ayjaeetjt/public_html/wp-content/plugins/elementor/modules/dev-tools/deprecation.php on line 304
 cookiemonstar-colour.jpg - Cannabis Digest
Skip to content 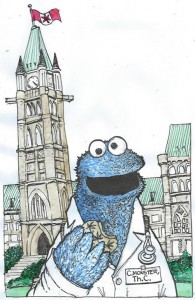 Mandatory Minimum Sentences; Hemp Oil; A Note of Caution and more from the Cannabis Digest this week November 1st – 7th, 2014 with Owen Smith Subscribe to the Youtube Channel!   Nov 1st by Admin You can now read the entire Issue 42 of the Cannabis Digest Online for Free . http://cannabisdigest.ca/cdfall2014full/ Cannabis Digest Fall […]

Judith Stamps On the Melding Medical and Recreational Cannabis Dispensaries: A Pragmatic View Interviews with Dana Larsen and Dori Dempster, with input from Neil Allard; Jason Balaam; Maureen Bourke; Sarah Campbell; Marc Emery; Nicholas Fraleigh; and Martin Lee. The Backstory. Cannabis is an ancient medicine and spiritual balm. During its prohibition in the early 20th […]