Though a final date for Owen Smith to appear before the Supreme Court of Canada has not been set yet, Chief Justice McLachlin has formally invited interveners to file and given lawyers on both sides clear dates for submitting documents.  Many patients, caregivers, scientists and investors across Canada are keenly interested in the outcome of this case, as this decision could create a whole new wave of energy into cannabis derivatives.

Owen was arrested making cookies for patients of the Victoria Cannabis Buyers Club in Dec 2009.  He was charged with Possession of THC (tetrahydrocannabinol) for the Purposes of Trafficking and Possession of Cannabis. A lower court decision ruling the Marijuana Medical Access Regulations were unconstitutional because while allowing patients to use and grow cannabis, those regulations did not legally permit patients or their caregivers to make cannabis derivatives, including tea, tinctures and massage oils.

This summer the BC Court of Appeal, in a split decision, agreed with the ruling, giving the government a year to create new regulations controlling the production and use of cannabis extracts.  Stubborn as a mountain goat, the federal government appealed.  It is with reserved confidence that defence lawyer Kirk Tousaw prepares for the final battle.  This will be the first time in Canadian history that constitutional arguments regarding medical cannabis have been made at the Supreme Court of Canada.

In the meantime, interveners have until Jan 29, 2015 to apply for leave and if accepted have until March 10 to submit their factum, a.k.a. arguments.  Interveners are third-party entities, i.e. other levels of government, non-profit societies, or industry representatives, that wish to provide the court with legal arguments to assist the judges with a perspective different than the defendant or federal government.

The defence has sent queries to several third-parties that would help take the side of patients who desperately need access to more than dried herb.  However, it is expected that the crown will also be soliciting several potential interveners, as this case threatens several established drug patents and, in some sense, the drug approval process as a whole.

The crown has until Jan 9 to submit their factum, which is bound to contain all sorts of twisted logic trying to justify their half-baked regulations.  If they take the position of the dissenting judge they could be in trouble, as his position that patients can already legally make cannabis derivatives seems to ignore many pieces of evidence the crown presented to try and convict Owen in the first place.  Indeed, it is hard to fathom the crown coming up with any new reasons why patients already allowed to grow and possess cannabis cannot make tea, butter or other extracts from the herb, too.

It is not yet clear when the Supreme Court of Canada will hear this case, but some things are certain.  Lives are literally at stake.  Let us hope that after being presented with all of the facts and arguments, that the highest court in the land will soon clearly see how backwards the federal government has been regarding its medical cannabis programs. 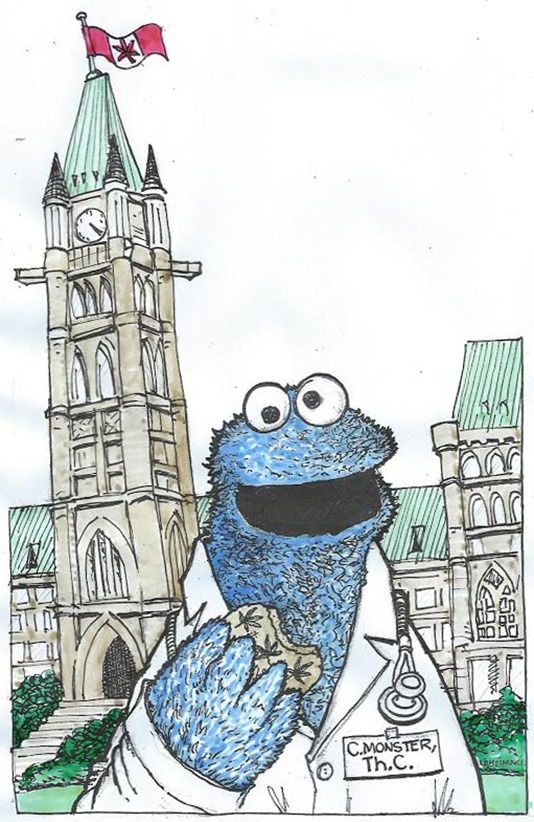 Ted Smith·March 23, 2016
There are no comments yet No comments