Deprecated: The $control_id argument is deprecated since version 3.5.0! in /home/oq5ayjaeetjt/public_html/wp-content/plugins/elementor/modules/dev-tools/deprecation.php on line 304
 Indica vs. Sativa: A False Dichotomy - Cannabis Digest
Skip to content

If you were to walk into just about any dispensary nowadays, you would find their menu divided by Indica and Sativa strains, but what if I told you that was doing a huge disservice to our favourite plant?  Well it is, so buckle up and get ready to have your world rocked!

Let’s start by looking at the history of when cannabis started being divided into two categories.  In the mid 18th century, Swedish botanist Carl Linnaeus coined the term cannabis sativa in reference to the psychoactive plant, but the first distinction between species
came later in 1785 when French biologist Jean-Baptiste Lamarck, was given some specimens collected in India.  Due to several physical distinctions between the two varieties, Lamarck felt the need to distinguish between them and so he created a new species, cannabis
indica.

Now, what if I told you there was still at least two more species of cannabis?  Well, in 1924, while Russian botanist Janischevsky was studying wild Cannabis in Siberia, he realized that he had come upon a third species.  These new plants displayed different size, shape and seeds than the two established varieties.  Also they were much quicker to mature and would enter the flowering stage regardless of daily light duration.  He dubbed this new species cannabis ruderalis. 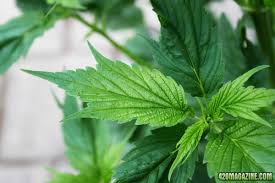 Even more recently, the discovery of a fourth species in Australia which was a large plant which displayed strange, webbed leaves.  This plant was called “Ducksfoot” for the unique leaves which resembled the foot of the waterfowl so much that it isn’t immediately recognizable as a cannabis plant unless it is in flower.  The plant also prefers to grow large in the outdoor climates of Australia but some seed companies have started crossing it into there genetics for stealthy urban growers.

So where do we go from here?

As you can see, cannabis genetics are extremely convoluted nowadays, with most strains containing a combination of the three main different species, and that can make it difficult for patients to navigate the market. Chances are you have had an experience that was the opposite of what you were expecting due to a predetermined notion of how a strain was
going to affect you.  Equally there is the chance that you have missed out on a number of wonderful varieties due to their false classification as one or the other. 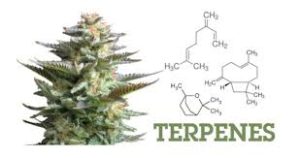 To truly understand how a variety is going to affect us it’s best to look at the cannabinoids and terpenes present in it, but since that’s not always an option, we use our noses.  Now, with literally thousands of different combinations of hundreds of different active chemicals, it is going to be impossible to predict with 100% certainty, how a strain will affect
your specific physiology.  With that being said though, you can train yourself to identify certain terpenes and give yourself an idea of the ride ahead.  Some terpenes have more traditionally “sativa” effects such as limonene which has the ability to improve mood and energy levels, or pinene which improves alertness as well as induces euphoria.  Other terpenes carry the traditionally relaxing or sedating properties typically associated with indica, such as linalool, myrcene and caryophyllene.

In conclusion, cannabis has only been separated into different species for a small portion of its history, and it was never meant to describe anything other than the physical differences in the plants.  For an even shorter portion of its history, people have used the terms indica and sativa to describe the effects on the person consuming the plant, when in reality, each of the four species has the potential to produce a variety of effects.  With ever improving technology and research going into cannabinoids, terpenes and their role in the cannabis experience, we can hope to see more accurate labeling as far as how the strain being purchased will affect the majority of consumers.  In the meantime, however, it is best to educate ourselves on the different effects produced by the secondary cannabinoids as well as terpenes and flavonoids so that we can make better guesses of what strain will work best for us in the moment.

Brent H. Clone Corner Riddle me this Riddle me that, how do I get my plant roots to act? We all love this plant and what it can do, yet what seems like an easy endeavour can become troublesome when propagating cuttings from mother plants. Here are some tips to follow that will make all […]

(article previously posted at InsidetheJar) Capacity and Taxation: Tools of Control Travis Lane Part four in a series on the task force report. Many of the problematic recommendations in the report seem to stem from the desire for governmental market control, with a particular focus on influencing the end user. Where personal carry limits and fear […]