Dr.  Ira  Price  is  an  Assistant  Clinical  Professor  in  the  Division  of Emergency  Medicine through the Department of Internal Medicine at McMaster University.  He is a Fellow of the Royal College of Physicians and Surgeons trained in Emergency Medicine, with a Fellowship in Sports Medicine.  Dr. Price is internationally known for his leadership in the clinical application of cannabinoids.  The founder of the Medical Cannabis Journal Club of Hamilton,  Dr. Price also opened Synergy Health Services, a groundbreaking clinic that was the first in Ontario dedicated solely to evaluating patients for the use of medical cannabis. Relying on evidence based principles, Dr. Price developed an effective clinical pathway for the evaluation of patients.  His second clinic, Synergy Health Services in Burlington, opens April 19th. 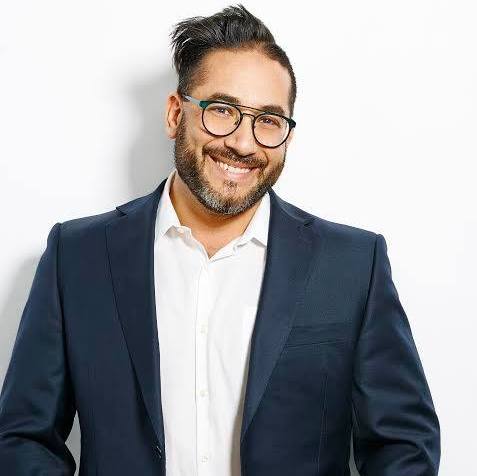 Dr. Price’s dedication and forward thinking on the use of cannabinoids in medicine has been recognized in Canada and abroad, and he has lectured to countless physicians around the world on the topic.   Dr. Price’s extensive knowledge and varied expertise in different aspects of the cannabis market makes him an authority on the medical cannabis industry in Canada.

He sat down with Cannabis Digest’s Tracy Lamourie for this exclusive interview.

Tracy Lamourie : Tell me about how cannabis helps patients with various ailments, from a medical perspective

Dr. Ira Price : The key is to first “Do no Harm,” then do everything you can!  This should be the creed of all medicine.  Using cannabis is no exception.  We have been extremely fortunate with cannabis, for the past 30 years governments have funded plenty of studies trying to prove the harmful effects of cannabis on the human body, and each time, and for the most part, without exception the majority of these studies failed to show significant harm, and in the contrary, showed us that cannabis has a large safety profile.  Sure we need larger longitudinal studies, but which drug doesn’t?  To deny this body of literature is to deny our duty to do no harm.  And not seeing cannabis as an alternative to traditional medicine, especially opioids, is to cause patient harm! 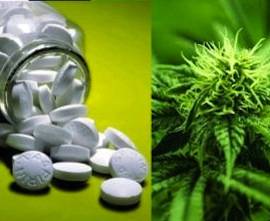 Tracy Lamourie :  Cannabis as treatment for opioids has been in the news lately, and a lot of patients who use cannabis report success in replacing opioids with cannabis based medicine.  What can you tell us about your experience in that regard?

Dr Ira Price : Cannabis has the potential to be used for an array of diseases and ailments.  The vast majority of pain patients are tired of their opioids.

They are tired of popping pills that can potentially kill them.  In Canada, one of the leading causes of death in young people, either intentional or otherwise, is opioids.  Have you seen cannabis killing people? I don’t think so.  If cannabis is so dangerous the bodies would be piling up.  40 percent of our population has tried it and 14 percent use it on a regular basis, but there are no bodies! While on the other hand, opioid overdoses are increasing to a dangerous level!

We know there are synergies between opioids and cannabis, so of course it works.  We have the literature and I certainly have the patients to show for it…I got into cannabinoid medicine because I was tired of seeing opioid overdoses!  Each shift, I see at least 1 or 2 overdoses, intoxications or abusers all because of opioids and it needed to stop.  This is my way of stopping it.  I have 2700 patients in my Hamilton clinic, all of whom work on decreasing their narcotic use!  Our success is astonishing.

Tracy Lamourie : You’ve  become extremely well known in the medical community in terms of training other physicians on the applications of cannabis for medical reasons.   What has the response been to your message?

Dr Ira Price : For the past 5 years I’ve been fortunate enough to educate hundreds of physicians on the clinical application of cannabis.  Cannabis wasn’t one of the subjects we studied in Medical school, and to no physicians fault, most don’t even know where to begin.  It can be intimidating for a physician, who is held to the unrealistic standard of “knowing all” about health, to sit with a patient who knows more about a drug than they do.  So I don’t blame physicians who don’t prescribe cannabis. That being said, cannabis is here to stay, and so I made it my mission to educate as many physicians as possible on the use of cannabis in medicine.  I’ve taken serious flack for it in the early years for sure.  When I first started, there weren’t more than a handful of physicians prescribing cannabis, and there were no guidelines or protocols,  I sat out there basically waving my flag all alone and ya, it brought a lot of attention.

I didn’t care, I was helping patients!   One day I’d be used by the media as a medical expert (for example Global National) and the next day I’d be their public enemy.  There was a significant amount of poor reporting.  This still happens.  It’s a systemic issue, just as it is in medicine.  At least in medicine, we search for truth, no matter what our particular bias.  So I found myself trying to change the message and now colleges accept cannabis, physicians are prescribing it, a legal industry is literally blooming in front of us, and I’ll keep on educating until that message is clear: cannabis is a safe and a viable alternative or adjunct for many ailments. 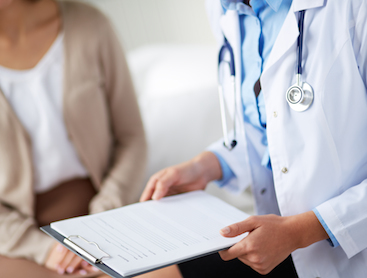 Tracy Lamourie :  We still have a way to go before most physicians are as comfortable prescribing cannabis as they are pharmaceuticals.  What kinds of things do you hear from other doctors who are confused about cannabis as medicine, and how do you respond?

Dr Ira Price :  I sometimes hear other doctors say: “My patients just want to smoke the stuff and be lazy.”  My response to that is, that any drug can be abused.  The message should be clear, it’s not for everyone and no drug, whatever it is should be abused.  Doctors also often ask me, ‘How do you dose cannabis.?’  That requires a  long answer.  The short answer is follow “The Price Protocol,” which is the protocol I created 4 years ago for initiating the naive user. The most fascinating sociological part of cannabis is that it’s the only medicine I can think of that truly requires a collaborative process between patient and physician.

Tracy Lamourie : You also have an interesting perspective on all of this, because in addition to your clinics you work not only as an emergency room doctor, but you actively work in sports medicine.  What is your opinion on athletes and the use of cannabis?

Dr Ira Price : We know it’s safe, we know it isn’t a performance enhancing drug, we know it’s Neuroprotective (it protects the brain), so why not?  Why are opioids that kill people ok?  It’s backwards thinking.  It’s not progressive and it’s not science, if we continue to ban cannabis!

Addiction amongst athletes is an issue, I know because I work with teams!  We can avoid these things!  It’s my recommendation that cannabis should to be seriously considered and taken off the ban substances list!

Tracy Lamourie :  What is your opinion on the way the mainstream media reports on cannabis as medicine?

Dr. Ira Price : I have one major regret throughout this whole experience, and that’s that I haven’t been able to change the conversation in the media.  We are still using terms like marijuana, despite knowing its origins, we are still portraying cannabis users holding big blunts and smoking joints.  When the news comes on I see it being reported as the Wild West or “pot nation,” but the truth is cannabis is far from this, and it’s my regret that I haven’t been able to explore these avenues with a reliable media source.  For the most part I’ve always avoided the media because after what Global National did, I didn’t trust any of them.  What they did was totally inaccurate, sensationalized reporting, that severely damaged both the medicine and my reputation.  So I avoided them.  They seem always to come back when there are defeats, but never during the successes, and the success of cannabis far outweighs the defeats and setbacks.  I focussed on my patients, and I still do but the conversation needs to change, and now it’s time.

Tracy Lamourie : Can you tells us a story that sticks out about a patient who benefited from cannabis where other medicines had not helped?

Dr. Ira Price :   I’m going to give you hundreds of stories!  The experience is not unique anymore.  I have approximately 2700 patients in my Hamilton clinic.  We have a 75% success rate at decreasing patients’ opioid use.  We have a huge success rate at getting patients off their opioids altogether.  Patients whose opioid doses are 8-10 times higher than the recommended daily amounts come in at wits end!  They are frustrated, their physicians are frustrated, their family is in shambles, and no one knows where to turn.  So they put their faith in us.  This is the story of Synergy on a daily basis, and it doesn’t matter if you are 3 years old (our youngest CBD prescribed patient) or 93 (our eldest cannabis patient).

We work with our patients.  We don’t judge them.  We accept them.  We collaborate and counsel, and then create a treatment plan.   I couldn’t be more proud of a group of healthcare workers and patients than those that you see at Synergy.  Sure, cannabis doesn’t work for everyone.  I’ve had to fire patients for being abusive to our physicians and staff.  I’ve had to call the police,  and I’ve dealt with threats and complaints from patients, unsatisfied, and not getting what they want.  But at the end of the day, these people are far fewer than our outstanding patients. In general, I explain the benefit of cannabis on a population like this; out of five people, it works excellent for two, OK for one, and doesn’t do much for two.

Tracy Lamourie : How has the landscape changed? 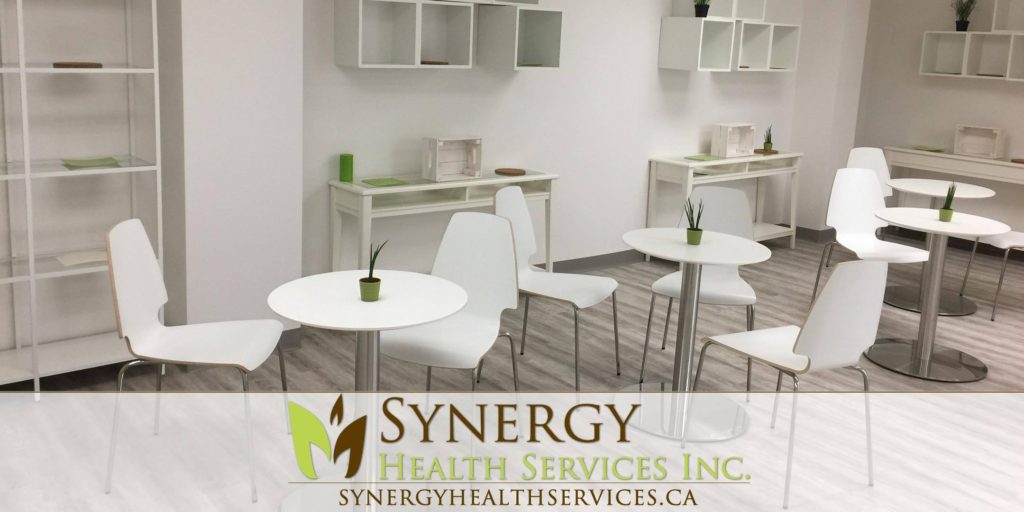 Dr. Ira Price : When I first began prescribing Cannabis in 2010, there was negative feedback from everyone, aside from the patients.  I had the media accusing me of “charging money to access health care,” I’ve had the college investigate my clinics for four years, and 97% of my patients were self referred.  Today, seven years later, I have a 99% physician referral clinic with over three hundred referring physicians; I have 2700 patients in my Hamilton clinic and am just about to open a Cannabis Wellness Centre in Burlington full with Vape Yoga and exercise therapy.  I’ve published a clinical guide to prescribing Cannabis with a specific dosing protocol “The Price Protocol” named by another physician, which is used by physicians around the country.  My practice has been peer reviewed and accepted by the College.

I’ve lectured at most large medical schools around the province.  I’ve educated thousands of physicians around the country.  The conversation in the media, although still has a way to go, has come quite far; and most importantly, cannabis is viewed, in my opinion, by the majority of Canadians as a therapeutic option!  This is amazing.  Has the journey been easy? Hell no! I’ve taken bumps and bruises.  I’ve been the scapegoat for everyone at some point.   But I’ve also never felt better.  I’ve seen cannabis change the lives of thousands of people and I’ve been at the forefront of a new, developing medication, and an industry built on the request of patients who have had enough.

Sure, there are roads that still need to be crossed.   Landlords are hesitant to lease space, and community members are hesitant to have cannabis related services in their neighbourhoods, but this is just a matter of education and these barriers are being “uprooted” one lecture at a time.