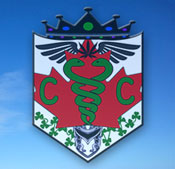 While talking with these friends we envisioned businesses that would allow people to grow in a location much like the ones that allow you to brew your own beer or make your own wine. Unfortunately, two days before Christmas, the Supreme Court Judges snatched that from us just like the Grinch who snatched the presents from Whoville. But just like the Grinch, who found out that he couldn’t stop Christmas from coming, the judges haven’t stopped the people from getting their cannabis.

While many of us where disappointed that cannabis prohibition didn’t end that Christmas, it’s good to know that the man behind that case, B.C. Lawyer John Conroy QC, hasn’t stopped either. Since that day, I have seen and talked with Mr. Conroy a few times which was usually while he was at the Treating Yourself Expo in Toronto. It was good to meet the man who almost won us freedom from cannabis prohibition; he is a man who is fighting to make changes to our cannabis laws but also standing up for cannabis patients across our huge country. This is good news as he is presently involved in another fight before the courts as the lawyer representing the MMAR Coalition Against Repeal.

The Quebec born lawyer came into this world in 1948, and has lived in Quebec, Africa, and British Columbia, where he now resides. He attended schools in several places within Africa including Makawi which was formerly known as Nyasaland, the Belgian Congo (Zaire) and Southern Rhodesia, now known as Zimbabwe. During his time in Nyasaland, John Conroy was an avid swimmer where he was awarded the Sir Robert Armitage Cup for his efforts after becoming the junior swimming champion. When he returned to Canada, he graduated with his grade 13, in 1965, while attending school in Abbotsford, B.C.

From there he went on to the University of British Columbia where he earned his Bachelor of Physical Education and a Bachelor of Law, in 1971. The first job he got was as a clerk with D.B. MacKinnon of the firm Harper-Grey Easton before being called to the British Columbia Bar in May of 1972.

Since that day, John hasn’t looked back. In 1975, he started his own law firm where he was on retainer for the Abbotsford Legal Services. He also became their staff lawyer, and five years later became a Director of Prison Legal Services Society of British Columbia. Over the years his associates and the company names have come and gone, but in 1996 to the present, it has been known as Conroy & Company, Barristers & Solicitors.

In 1975, he was a Director with the Abbotsford Community Legal Services before moving up to the one that represents the prisons in all of British Columbia. In 1992, he helped out where he once called home, Africa, as he became the Representative for the International Society for the Reform of Criminal Law in the Southern Eastern Central African Human Rights Network. He has also been involved with NORML USA, as well as a past president of NORML Canada.

Mr. Conroy’s law company is a “firm specializing in representing and protecting the rights of the individual in both criminal and civil forums.” They offer “assistance in related constitutional and administrative law matters arising out of the administration of sentences of imprisonment in both federal and provincial prisons and conditional release or parole and other similar issues.” The company works to protect “individuals from the abuse of power by governments at all levels and to ensure that those exercising statutory power do so fairly and within their jurisdiction.”

John Conroy is also an author as he has written a book called Canadian Prison Laws which can be found at <www.canadianprisonlaw.com/> Along with writing the book, John has also been involved in articles such as one on Electronic Monitoring on Imprisonment and Release for a special committee to the Parliamentary Committee on Justice and to the Solicitor General.

Not only does John Conroy like to write but he also participates in many discussion groups and has been a speaker at events not only here in Canada, but also in Africa. His speaking topics have covered everything from the history of opiates, when he spoke at the Public’s Public Inquiry for the Heroin Treatment Act in 1978, to talking about early releases, parole, and was even a “delegate to the Second International Conference on the Future of Corrections at Poppwo Poland” back in Oct. 1993.

All of his hard work has not gone unnoticed as he has received a Commemorative Medal for the 125th Anniversary of Canadian Confederations, was appointed Queen’s Council, and also received a Queens Diamond Jubilee Medal, of which he acknowledges Senator Nolin for receiving this medal.

Mr. Conroy has been involved in many court cases, some being very notable, from murder cases to ones that involve how prisoners are treated in prison. This would include body searches of prisoners without reasonable grounds, to how their visitation rights are being violated. In total, he has been involved in over fifty very notable cases, but the one that stands out for me as a cannabis advocate, is the one I mentioned in the beginning, the two cases where we were hoping for a green Christmas which are known as R. v. Malmo – Levine and R. v. Caine. These two cases could have changed cannabis prohibition for Canadians, but failed to do so. In a summary of the case Mr. Conroy wrote “this was a constitutional challenge to the inclusion of cannabis in the Narcotic Control Act and Controlled Drugs and Substances Act insofar as it relates to personal possession and use. It was asserted that this was a violation of a person’s constitutional right to liberty and to the security of one’s person and the right not to be deprived thereof except in accordance with principles of fundamental justice. It was an attempt to establish the John Stuart Mill harm principle as a principle of fundamental justice in Canada. It failed and the court found the matter to be valid federal law under the ‘criminal law’ power and that the ‘harm principle’ was not a ‘principle of fundamental justice.”

Mr. Conroy has also been involved in two other high level cases that involved InSite, the Vancouver safe injection location. As the lawyer for the Portland Hotel Society (PHS), the company that is involved in running InSite, along with Vancouver Area Network of Drug Users (VANDU), he was successful in helping to keep it open to help those who are addicted to injection drugs. While the cases were separate they were “heard together to keep the safe injection site (InSite) in Vancouver in operation and to challenge the constitutionality of the drug laws in relation to “addicted” persons. PHS focused primarily on the division of powers of argument based on interjurisdictional immunity and in the alternative s.7 of the Charter but limited that claim to the geographical confines of insite. VANDU, while supporting the division of powers argument, focused primarily on the gross disproportionate effects of the enforcement of the laws in the Downtown Eastside of Vancouver amounting to a violation of s.7 not limiting the claim to the geographical boundaries of the safe injection site itself. The Court dismissed the division of powers argument on federal paramountcy grounds, but declared s.4(1), the possession section of the Controlled Drugs and Substances Act to be unconstitutional as being arbitrary, overbroad and grossly disproportionate in its effects contrary to s.7 of the Charter. In particular, the Court found that it prohibited the management of addiction and its associated risks at Insite. Also that it treated all consumption of controlled substances, whether addictive or not, and whether by an addict or not, in the same manner. The Court found that instead of being rationally connected to a reasonable apprehension of harm, the blanket prohibition contributes to the very harm it seeks to prevent and is inconsistent the State’s interest in fostering individual and community health, and preventing death and disease.” The last sentences in this quote I find interesting. If this is true with injection drug users could the same be said for medical cannabis consumers?

The Crown did appeal the ruling but lost in their appeal request. From the summary of the case, John Conroy wrote that “the Court dismissed the Crown appeal and VANDU’s cross appeal, but ordered the Minister of Health to grant an exemption to Insite. It said that the Doctrine of Interjurisdictional Immunity did not apply. The court found that the Minister’s failure to grant the s.56 exemption violated s.7 of the Charter. Consequently an order in the nature of mandamus was granted to compel the exemption.” For those of us who believe that addiction is a health issue and not a criminal one, this was huge victory. The hard work that Mr. Conroy put into this case has now allowed other centres such as Ottawa, London, and Montreal to begin to possibly open up their own safe injection sites.

Many, if not all of the cannabis patients in Canada, are hoping for Mr. Conroy to have a victory just as large for them as he was able to get for those dealing with injection drug addictions. As the lead lawyer for the MMAR Coalition Against Repeal in their court injunction request, therapeutic cannabis patients are hoping that Mr. Conroy will be able to put the date of Mar. 31 for the repeal of their licenses on hold. This would allow patients to continue to grow their medication while he challenges the new MMPR before the courts.

On Nov. 29 on behalf of four complainants from B.C., John Conroy submitted a request before the federal court for an injunction to put a hold on the existing program. The class action lawsuit that has been filed says “that the changes to the Medical Marihuana laws taking away the right to personally produce or have a caregiver do so, prohibiting dwelling house and outdoor production and limiting possession to “dried marihuana” only and other restrictions violate the constitutional rights of patients”.

As you read the document you’ll find that it “seeks constitutional declarations that all medically approved patients have the constitutional right to not only produce their medicine for themselves but if they are unable to do so, to have a caregiver do so for them, and to use Cannabis in any of its effective forms and not be limited to just ‘dried marihuana’.” The suit also “alleges that the new Marihuana for Medical Purposes Regulations (MMPR) are unconstitutional to the extent that they omit the right to continue to personally produce or have a caregiver do so and unreasonably limit the s.7 Charter constitutional rights of medically approved patients in the Narcotic Control Regulations, as in the Medical Marihuana Access Regulations and the Marihuana for Medical Purposes Regulations by limiting possession, sale and provision to ‘dried marihuana’ only, contrary to the decision of the British Columbia Supreme Court in R. v. Smith 2012 BCSC 544” that is still on appeal before the British Columbia Court of Appeal.

As you can see this suit includes the right for patients to have access to not only dried cannabis but also alternatives such as oils, crèmes and bake goods plus other alternative ways of using cannabis. It also asks that patients or caregivers be allowed to continue to produce in a “dwelling house” and outdoors.

If you want to be added to the list of members of this action email John Conroy’s office at <reception@johnconroy. com>and they will make sure that you are involved. To learn more about John Conroy QC, his past cases as well as the MMAR Coalition Against Repeal Class Action Lawsuit please go to <www.johnconroy.com>