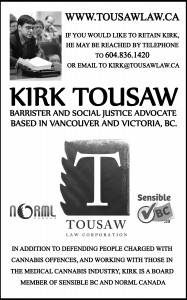 By Ted Smith No event in cannabis activism around the world has been as highly anticipated as the release of Marc Emery.  After spending over 4 years trapped in various US jails, the Prince of Pot is getting ready to return to his native homeland to begin the next chapter of his life.  No one […]

The Story of the Great Cookie Give-Away at the Empress Hotel By Ted Smith With over 20 years of activism under my belt, I have many great stories to tell.  This month I will be sharing a few of my favourites to mark the 20th anniversary of Hempology 101 in Victoria.  Though many of these events […]