Deprecated: The $control_id argument is deprecated since version 3.5.0! in /home/oq5ayjaeetjt/public_html/wp-content/plugins/elementor/modules/dev-tools/deprecation.php on line 304
 alchemy.jpg - Cannabis Digest
Skip to content 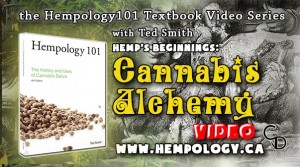 8 things for Marijuana Activists to do after Legalization

(image: Cannabis Culture) As we stand on the cusp of legalization in Canada thousands of marijuana activists across the country have spent decades and dedicated countless hours of their lives in the fight against prohibition. Congratulations Mr. and Ms. Marijuana activist! You can pat yourself on the back for a job well done! All that hard […]

[image : Beth Hutchinson (04 March 1993 – 25 October 2013)] In a previous Blog I told my sister’s story of how cannabis eased the suffering she experienced from her Melanoma cancer treatments, offering a necessary quality to the end of her life. My family are among many whose lives have been directly impacted by […]