Deprecated: The $control_id argument is deprecated since version 3.5.0! in /home/oq5ayjaeetjt/public_html/wp-content/plugins/elementor/modules/dev-tools/deprecation.php on line 304
 Is the Cannabis Law “An Ass”? - Cannabis Digest
Skip to content 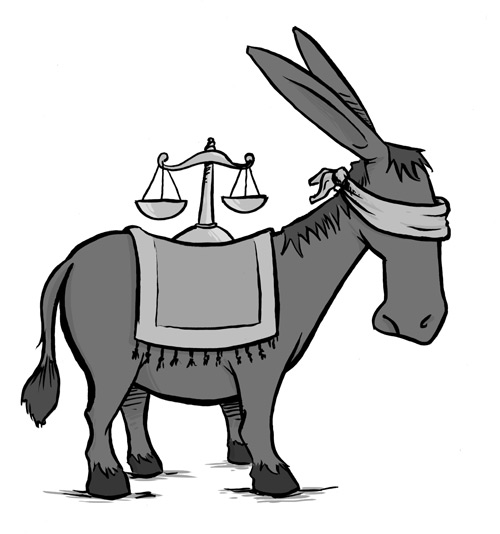 With Respect to Cannabis, Is the Law “An Ass”?

The phrase, “the law is an ass” was popularized by Charles Dickens in Oliver Twist (1838). “Ass” refers to donkeys which have a reputation for being more obstinate than similar members of the horse family (hence the term, “asinine”) . When law is applied rigidly and in a stupid manner, it attracts the reputation of “being an ass”. There are two examples of asinine laws which fail to protect the public against what is normally seen as consensual adult behaviour.

When prostitution in Vancouver’s West End was mostly contained within the walls of the Penthouse Cabaret on Seymour Street in the late 1970s, the Vancouver City Police cracked down on the club’s sex trade by using undercover police to collect evidence for prostitution-related charges. The club eventually lost its licence when the two owners were charged with living off the avails of prostitution. Although the convictions were eventually overturned by the BC Court of Appeal, the VPD’s enforcement efforts drove sex workers from within the privacy of the Penthouse to a street venue on Davie Street. This geographical choice provided prostitutes with a relative level of safety in a brightly-lit and popular shopping district with its late-night restaurants.

For several years following the Penthouse crackdown, the sex trade on Davie and surrounding streets flourished, accompanied by myriad incivilities including noise, traffic congestion, parking violations, public drunkenness from late-night bar patrons in search of “dates”, public urination and fornication, condoms and drug paraphernalia left on side-walks and parks. Residents and business owners on Davie Street and adjacent neighbourhoods lobbied the three levels of government to do something about these problems as they saw their property values slide.

Aside from public disorder, the worst consequences of enforcing prostitution laws were higher levels of violence against sex trade workers who were no longer protected by the social enclosure of the Penthouse Cabaret. As John Lowman from SFU’s School of Criminology notes in his extensive research, the public was protected by the relative invisibility of the sex trade during the Penthouse era. However, the police crackdown generated unanticipated social harms against many residents in the West End. This is what makes the law an ass: its enforcement generates more harms than the behaviour it seeks to control.

With respect to the prohibition of cannabis in the Controlled Drugs and Substances Act (CDSA), the law too is an ass. While ostensibly on the books to prevent Canadians from being exposed to “dangerous drugs”, the current mix of prohibitions for possession, trafficking and cultivation support the necessary conditions for a black market and its attendant evils.

By including cannabis in the CDSA, the law has created the situation for criminal organizations to profit from producing and selling marijuana. This unregulated market is a caricature of the libertarian dream: prices are determined by a large pool of risk-taking suppliers and demand is fostered by finding new domestic and international markets . While almost all cannabis transactions in BC are conducted without violence, the high volume of cash involved in clandestine sales supports an environment for turf wars, “grow rips”, and criminal groups which strive for greater market share through aggression and intimidation.

There are other reasons which make current cannabis laws fall under the asinine label. The harmfulness of this plant has never been established by credible science, except for a precautionary principle which advocates (correctly in my understanding of the risks) that adolescents and people with certain pre-existing mental health conditions should avoid using it. Secondly, the hypocrisy of criminalizing marijuana while allowing deadly tobacco products to be sold through retail outlets is not lost on our impressionable youth. Finally, the rigid posture towards cannabis enforcement taken by the current Conservative government flies in the face of not only science, but also the progressive gains made by Washington and Oregon which allow adults to purchase cannabis products in an open but regulated market.

We need political leaders who can differentiate between the harms of certain behaviours and substances, and the harms caused their criminalization. Otherwise, the law remains an ass.

The provincial government of New Brunswick announced this week that it is looking to the cannabis industry to provide an economic boost to the region, which it sees as being capable of creating thousands of jobs over the course of the next several years. New Brunswick’s economic policy advisor Susan Holt on Wednesday said that the […]

Pesticide Use in Colorado Cannabis Gardens

(image: Vice News) By December Kennedy Ten years ago, you’d be hard pressed to find a cannabis garden with more than ten lights hanging. The 20 lighter I visited back in 2009 was the exception.  Despite the legality of medical cannabis gardens here in Colorado, even back then, the grower was still noticeably nervous about […]