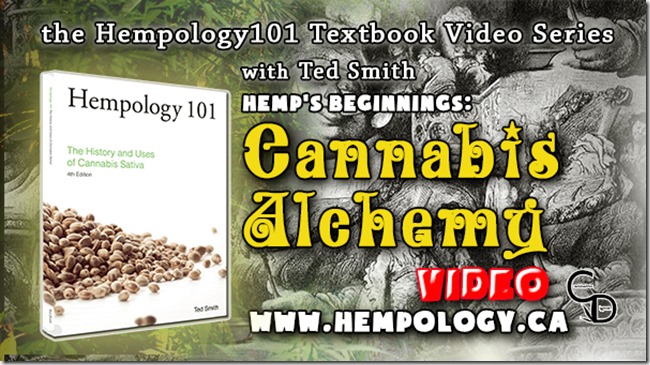 After Marco Polo opened up the trade routes between the east and west many foreign goods and traditions began appearing in Europe, but none were as intriguing as hash and opium.  Despite the best efforts of the church, a surge of interest in secret arts spread like wildfire.  Known as alchemy or witchcraft depending upon the times, exploration into the subconscious using mind altering substances became a favourite activity of the curious.  This practice was widespread, despite the best efforts of the Roman Catholic Church.

One of the first to write about the various uses of cannabis, from rope and lamp oil, to mystical enlightenment and food, was a Benedictine monk with a Bachelor of Medicine.  As Chris Bennett explains in his book, GREEN GOLD, THE TREE OF LIFE: MARIJUANA IN MAGIC AND RELIGION, this influential writer had to hide for his life at times, as the church and contemporary scholars were very upset with him.  Living from 1494 to 1553, Francois Rabelais was instrumental in helping Europe crawl out of the Middle Ages.

Rabelais published a series of books known as Gargantua and Pantagruel, parables about a giant and his son that were intended to make a mockery of the established order.  Throughout his books he refers to the good herb but it is not until the fifth that it is identified as hemp.  He is also among the first known to speak of a magic bean, a theme that was used by later alchemist to transmit knowledge. 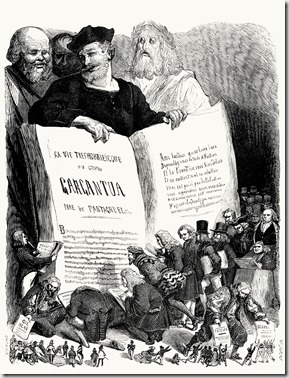 No doubt the cryptic writings of Rabelais helped pave the way for later alchemist to use parables and images to share knowledge with the initiated in public works.  Though the church did its best to suppress explorations of the occult and plant medicines like cannabis, the writings of Rabelais survive to this day as testimony of the fact cannabis was an important part of the daily lives of most people living through the Middle Ages.

For more information about this amazing plant, please buy HEMPOLOGY 101: THE HISTORY AND USES OF CANNABIS SATIVA, the book we are basing this series of videos on.  Of course, you can also subscribe to our Youtube channel to watch all of the videos, too.