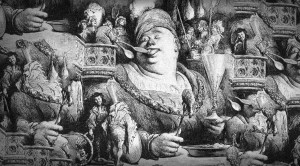 The recent announcement by the city of Vancouver to regulate medical cannabis dispensaries is causing a stir on all sides. The federal government immediately denounced the decision, Rona Ambrose repeating that dispensaries are not part of the legal Medical Marihuana regulations (MMPR). Licensed producers have spoken to the value of their service as superseding the […]

(High Times: Jan 1993) By Judith Stamps   We remember Thomas King Forcade, if we remember him at all, as the creator of High Times, the Cannabis magazine that turned forty in 2014.  We are unlikely to recall much more, however, as Forcade kept an aggressively low profile.   His name never appeared on the masthead.  […]