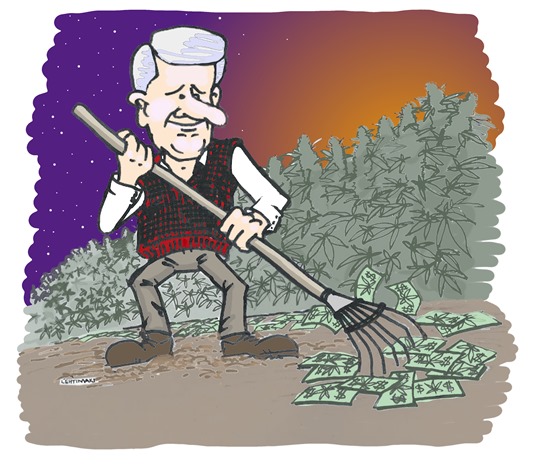 I’m sure you have heard a ton of things said about Steven Harper. Some good, some bad depending upon which side of the fence your on. I’ve called the man all kinds of things, which I will refrain from listing here in an effort to maintain some high ground. But in my opinion, the one thing that you can’t ever call Mr. Harper is conservative.

There are multiple definitions of the word conservative out there. But while searching them out I found that the free dictionary offers the best definition of the Conservative Party that I stumbled across,  “a political party that believes in the importance of a capitalist economy with private ownership rather than state control” I like that one because it describes Mr. Harpers’ cronies and especially the people pulling his political strings. In its founding documents, the Conservative Party of Canada declared a platform made up of lower taxes, smaller government, more decentralization of federal government powers to the provinces, and of course, traditional religious and cultural values. The party has in practice strongly supported oil sands, pipe-lines, fracking operations, and other environmentally disastrous energy projects going so far as to describe opponents of these projects as “radicals” or “threats to national security”. The party has also introduced, or plan to introduce, legislation to radically reduce gun controls, create mandatory jail time for pot convictions, and greatly expand police powers.

These guys are hard core capitalists plain and simple, Canadian republicans if you will. The bottom line is all that matters to the fun guys and gals that make up Harpers’ crew. Business first and profit at all costs. Damn the people, society, or any future were the status quo is not vigorously defended and supported. 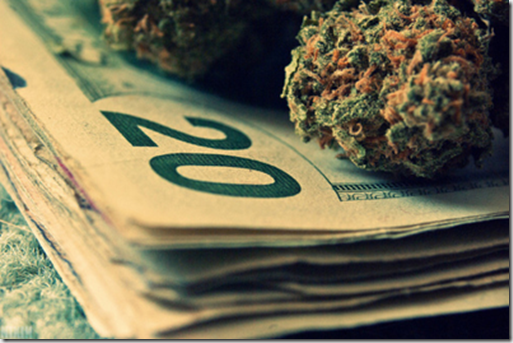 That’s what throws me about Steven and his gang of capitalist thugs when it comes to the pot thing. How do these so called conservatives walk away from all the money that legal pot would bring into the government coffers? It seem at the very least fiscally reckless to deny the Canadian tax payer the relief from billions of dollars in revenue from taxed legal pot. The potential economic benefit of legalized marijuana to Canada  has been estimated to exceed $4 billion annually, based on three million consumers. Numbers which I feel are conservative to say the least. But even at 4 billion a year that’s a lot of cabbage to turn your nose up at. Free market master Adam Smith is spinning in his grave at the very idea.

Luckily, we can look south for some actual real time numbers about marijuana taxes and the profit that they bring to the government, not to mention the uncounted benefits from thousands of new jobs, directly and indirectly related to the cultivation, distribution, transportation and regulation of marijuana. To walk away from that huge injection of cash and environmentally friendly 21st century employment opportunities seems a rather un-conservative approach to conservative governance to me.

Gov. John Hickenlooper’s proposed $26.8 billion Colorado budget includes two rebates for taxpayers. A $30.5 million rebate for new marijuana taxes is coming. Total state marijuana revenue was higher than what was projected in the election blue book for 2013’s Proposition AA. Because the estimate was off, under the Taxpayer’s Bill of Rights, the state must refund the money being collected or ask voters again to keep it. Another $33.6 million from the Marijuana Tax Cash Fund will go towards enforcement and oversight of the marijuana industry, including required reserves, promoting public health and public safety, regulations, law enforcement, and the prevention of youth marijuana use. Not only does the industry pay for and regulate itself but it will put cash into the pockets of every citizen of Colorado. If that’s not a conservative dream scenario I don’t know what is. Yet Steve and his crew seem to ignore these hard conservative facts when creating policy governing marijuana use in our country. 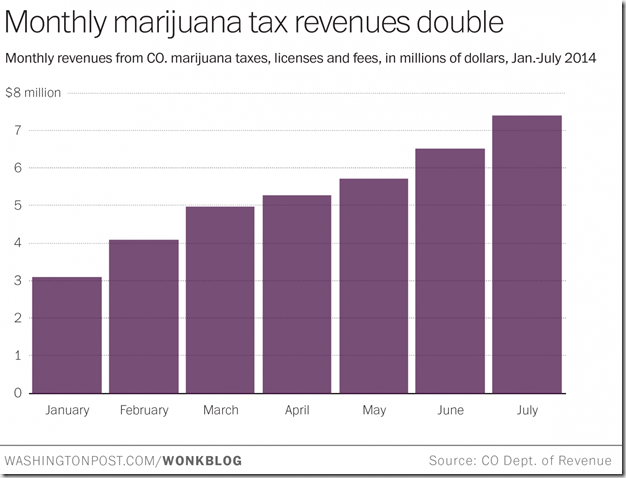 When you lie down with dogs you get up with flees is what my mamma used to say. The answer is in the fact that Steven has more than one master. We can all see clearly that the Alberta energy sector has a firm hand in the decisions of the Harper government, but the silent partner in this affair is the religious right wing. Its a quiet voice these days but a firm part of the DNA of the party left over from the Reform side of the alliance that made up the new Conservative party of 2003. What sparks must fly when the religious right wing meets the true capitalists in caucus over this issue. A bit of a tempest in a tea pot for ol’ Steve who has to walk that fine line between traditional religious values and the valueless ideals of capitalism. Considering the federal government and every province except Saskatchewan ran a budget deficit in 2012-13 that in combination added $42 billion to the total government debt, 4 billion or more in legal pot taxes a year ‘aint hay babies.

So, the question of who will eventually win out in the struggle in the Conservative party between capitalists and zealots is important, and tax revenue from legal pot may eventually be the thing that breaks the alliance between the two. The Liberals and smart Justin Trudeau are young enough and free enough from the zealots to see that set in the right light the marijuana issue could win them the next election. The capitalists of the Conservative party can see it too and must realise the schizophrenic nature of this issue within their own organization. As a famous Abe once said,  “a house divided cannot stand”. Will marijuana reform break the Conservative party alliance?

One can dream I suppose, but the hard reality of the issue is that change is coming in this country and around the globe for that matter. The global marijuana market is being born at this moment and soon marijuana and hemp will take their rightful places on the commodity boards of stock exchanges around the world. Capitalism and the free market are calling for legalization. Right wing alliances around the world will be tested by legal pot as profit will always have more value to conservatives than the moral high ground. As far as conservatives go the greed will free the weed in the end.

So lil’ Stevie you listen up hear? If you wish to continue to play Prime Minister you have to learn to embrace change. The economics of conservatism will force you, or dispose of you, bottom lines are pretty black and white. How you handle the coming change may well define you as a politician in the end. You can be the saviour of your party or the destroyer. You can be forever remembered as the PM who changed the economy of the country, created never before existing jobs, and spawned a 21st century green industry that could lead the planet into a new future.  Or you can forever be remembered as the PM who raped the land, denied the people medicine, and stifled the good works that the revenues from taxed legal pot would bring. Conservatism compels you to only one choice Mr. Harper, it’s time to be a good conservative, free the weed, bow to your master, and be true to your capitalist soul.