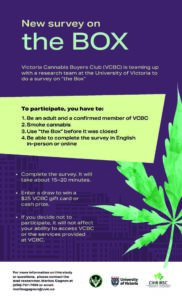 By Owen Smith Based in a mythical pre-historic Costa Rica, two young men discover the miraculous healing properties of a special herb and begin a quest to bring it’s material and health benefits to the people of their kingdom. Loosely based on the constitutional challenge to legalize extracts for medical patients in Canada, Owen has written […]

Courage. Compassion. Commitment.   On Oct. 20, 2010, the cannabis community lost one of its great leaders. Michelle Rainey, one of Canada’s foremost medicinal marijuana activist, succumbed to cancer with her husband Jef Tek and her mother Emilie by her side. Michelle was a bright light in the community, combining courage and commitment to her […]