Many will suffer and die from loss of their gardens

War is seldom a simple affair. This includes the War on Drugs. This drug war is a fight for power: control of the economy, control of one’s health, control of government resources. It is a war which forces patients to suffer unnecessarily and die prematurely. It is a war that has to end. 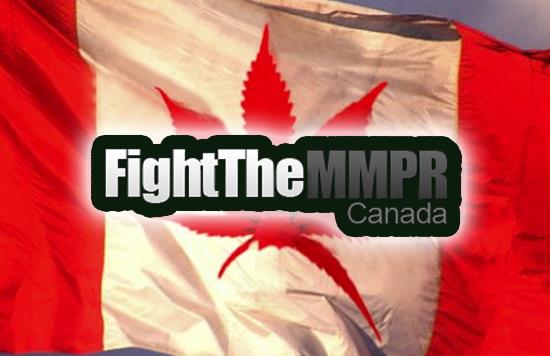 As of Apr. 1, 2014, the federal government will no longer authorize any legal medical-grade cannabis to be grown by patients, instead forcing those with a doctor’s approval to purchase their herb from large-scale commercial producers. The only hope we have of stopping this seems to be with John Conroy and the team of lawyers he has put together to use every legal means possible to prevent this from happening. We must hope for the best and prepare for the worst.

The best way to help the legal battle is simple: fund-raise. The more money the MMAR Coalition Against Repeal has, the more time and thought the lawyers can put into fighting these changes every step of the way. Good lawyers are not cheap, even when they are on your side.

While everyone was preparing for this impending battle, in Nov. Health Canada sent letters to all Designated Growers and patients with a license to possess to explain what the government’s plans are. These letters clearly identified the fact it was being sent by the Marijuana Medical Access Program, exposing everyone who received a letter to postal workers, landlords, and in some cases children who were unaware of their parents’ choice of medicine. According to these documents, on or before Mar. 31, 2014, all of the plants and dried herb patients and their caregivers have grown must be destroyed. “One way is to blend the marijuana with water and mix it with cat litter to mask the odor. This can then be placed in your regular household garbage.”

Several law firms across the country have jumped on the opportunity to file a class action lawsuit against Health Canada for this breach of privacy. It seems the discretion previously used by program managers has been thrown out of the window as the Conservatives look to gut the program. The outrage already felt by patients has been fueled by this action, as stories of theft and exposure resulting from this mailout spread online. Contact information for all of the law firms involved in legal action against Health Canada at the end of this article.

Meanwhile, dispensaries across the country are nervously watching everything changing around them. Speculation about how clubs will react individually and collectively is a hot topic. No one knows for sure how it will work out for dispensaries. Some clubs are closing, anticipating a lack of supply of medicine and an increase in enforcement. With mandatory minimum jail sentences in place, being arrested is a daunting possibility.

Police departments in some of the larger cities might not be interested in spending resources busting clubs that are providing to those in serious medical need. The Vancouver Police Department released a report in Oct. that looked into how dispensaries operate and whether or not the police should consider them a priority. In the report, VPD officers concluded that dispensaries typically do not meet any of the criteria they consider when looking at serious drug offences. Moreover they said, “criminal enforcement could be very damaging to employees of the dispensaries, who are generally young, entry-level employees who could face criminal charges and the possible impact that would have on other future employment or their ability to travel.”

There are good reasons to think established clubs can prove there is solid legal justification for the continued existence of storefront dispensaries, especially considering the ongoing trial of Owen Smith and the matter of cannabis derivatives. Since the decision of the Court of Appeal of BC is unlikely to have been made before Apr. 1, as it was just heard on Dec. 6, the leading precedent in the area of cannabis extracts will be in favor of patients and their caregivers producing and using all forms of derivatives. More importantly, dispensaries will be the only viable option aside from the street for patients that need extracts, as Licensed Producers will not be able to legally sell them.
Several LPs have publicly expressed an interest in selling various cannabis extracts, citing many of the arguments Owen’s lawyer, Kirk Tousaw, used to prove the Marijuana Medical Access Regulations are unconstitutional for only allowing “dried marijuana.” While Health Canada may feel they dodged a bullet in this case by simply writing new regulations, they may have instead created a situation where dispensaries, like the Victoria Cannabis Buyers Club Owen was working for, are still the primary source for medical cannabis products.

The Court of Appeal of BC could overturn Justice Johnson’s decision, and rule that the MMAR does not violate the Charter. This would leave clubs selling derivatives vulnerable. That would still not deter LPs, who are likely to use research as a means of producing and distributing cannabis extracts, no matter what happens in Owen’s case. These companies need to conduct clinical research if they hope to get insurance companies to cover medical cannabis, and to be able to promote their wares.

Exactly who these LPs will be still seems up in the air for the most part. As expected, the first in line was Prairie Plant Systems, the company that held the contract to sell herb for the government for the last decade. Only three companies have obtained full status as Licensed Producers, though dozens have applied and are waiting to go full-tilt on their marketing campaigns.

One of the companies eager to cash in on medical cannabis sales is also eager to see the police arrest everyone else, and may actually be behind the complaint that led to the report by the VPD. Medijean wants to prove to law enforcement they are not criminals by actively supporting the war on drugs. “We are here to help,” said Anton Mattadeen, chief strategy officer of Medijean. “We believe this will be done by providing the best quality medical cannabis available, developing state-of-the-art verification technology that makes it easier for both patients and Law Enforcement personnel, offering contaminant testing for seized marijuana, and supporting Drug Abuse Resistance Education (D.A.R.E.) with a percentage of our profits going to the program.”

He makes it clear how they will promote shutting down dispensaries. “By underlining the clear difference between the quality control associated with real medical marijuana, and the unknown content offered by the illegal marketplace, it creates an obvious boundary. One is designed to be completely focused on helping people with their ailments, while the other is simply an illicit drug being sold for illegal profit.” This means that dispensaries must start testing and labeling their products, clearly identifying it as medicine and not something simply bought on the street.

Many LPs will be desperate for customers and will see dispensaries as an economic threat that needs to be eliminated or taken over. Clubs like the VCBC are already being called and offered money for the membership list or the chance to directly advertise to members. No doubt many LPs would love to have a store of their own, and while the MMPR in their current form do not allow such a thing, over time that too might change. When it does, you can bet these LPs want compassion clubs to be a distant memory.

Meanwhile many patients see their world crashing down in front of them. Thousands of patients had finally been able to consistently grow enough good medicine that they have been able to maintain, if not improve, their health. For a number of these patients, access to cheap, high-grade herb meant fewer seizures with lessened severity, or stopping the spread of cancer, literally saving lives. Patients and their caregivers that have invested vast amounts of money and time learning to grow medicine and a low cost are not being offered any compensation at all.

While some companies are promising that inexpensive prices will be charged to people with proof of low income, it is hard to say at this point whether that will last long if it ever happens at all.

For several reasons, most of the people currently signed up the the medical cannabis program are unlikely to start buying from one of these new companies. First, many are so upset at losing their gardens and being forced to buy from these commercial producers that they intend to boycott the MMPR on matter of principle. Second, the price will be much higher than they are used to paying, especially for those growing their own or who can purchase from dispensaries. Finally, mail order is a terrible way of selling cannabis, and most patients would prefer obtaining their medicine soon after getting the money they need to purchase it.

However, there will be many new patients keen to enter this new program, especially if there is no local dispensary to offer an alternative. Some big cities like Calgary and Winnipeg have no clubs, and patients there might welcome the new program. With so much money at stake, no doubt LPs will seek out these markets to establish themselves.

The new system could work and patients could still be allowed to grow their own medicine, but that will only happen in court or with political action. That is why if legal action fails, on Apr. 1 we must take our fight right to Ottawa.

This event on Apr. 1 will be our chance to collectively tell the Conservative government that taking gardens away from patients is unacceptable. It will be hard to control the anger being felt by patients, with many wanting to do something dramatic to get attention. We will be trying to focus on the subject, and a retired cabinet maker is building a coffin for the MMAR as a demonstration of the death of those regulations and the premature deaths of many Canadians that will result.

Hopefully this rally will not happen. Hopefully lawyer John Conroy will have successfully stopped Health Canada from shutting down the MMAR entirely, and patients will again have legal protection to grow their own medicine.

If he is not able to stop these changes by Apr. 1, Mr. Conroy has agreed to come to Ottawa with us to protest the MMPR and update those gathered on what is happening with legal challenges. While this war will not end on Apr. 1, we will take the fight directly to the nation’s capital to show how destructive the government’s policy truly is.

Dean Schwind·March 14, 2015
There are no comments yet No comments