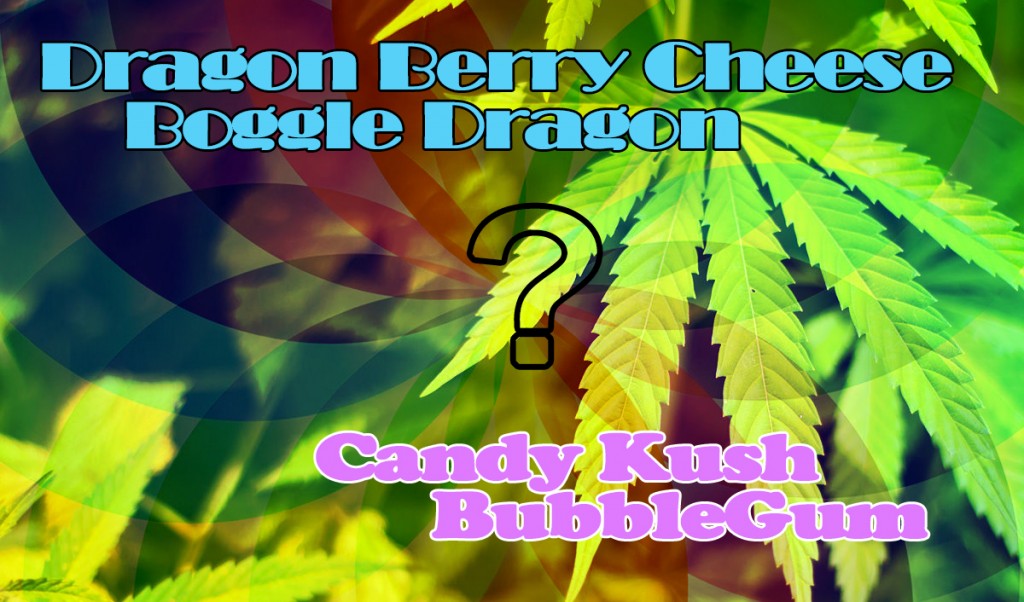 Whats in a name?

A recent Canadian Medical Association Journal(CMAJ) piece displayed the names of cannabis strains provided by Health Canada Licensed Producers and suggested that many of the names should be changed to be less ‘recreational’ sounding. While on the surface this sounds like sage advice, it actually underlines the deep-seated ignorance of cannabis found in the majority of Canada’s medical establishment, and their steadfast refusal to acknowledge the expertise of anyone experienced with cannabis or plant medicines. The Canadian Medical Association’s position on the new Health Canada cannabis regulations (MMPR) is strongly focused on opposition to the new role of ‘doctors as gatekeepers’ claiming that Canadian doctors do not have the knowledge needed to accurately prescribe cannabis. Another recent CMAJ piece, this one on the pro’s and con’s of cannabis, demonstrated their point perfectly, as the ‘con’ side remained willfully blind to literally reams of research, relying on discredited and out-dated findings instead, and the ‘pro’ side omitting any mention of medicinal or therapeutic effects of cannabis. Sidestepping the question of why, after 13 years of legal medicinal cannabis in Canada, many doctors remain uneducated about it, I’d like to address the issue of strain names.

Perhaps the larger question then is: how seriously is Health Canada taking cannabis when they insist on calling it ‘marijuana’ and ‘marihuana’ instead of it’s scientific name: cannabis?
While many in Canada’s medical cannabis community understand the issue raised by the CMAJ (some of us also wince when we hear names like ‘Train Wreck’ or ‘Caviar’) there are many names that may sound more recreational than medicinal, such as ‘Dragon Berry Cheese’, yet in fact, contain a great deal of information.

Here there be Dragons

What’s the difference between the names ‘Boggle Dragon’ and ‘Dragon Berry Cheese’? Strain names are generally applied by the growers, who as much as possible attempt to incorporate the names of the parent strains. Think of race-horse breeding, where any horse with ‘Seattle’ in its name, is likely related to the great ‘Seattle Slew’, and may exhibit some of the same characteristics. So the two strains previously mentioned likely share a common lineage and some of the same effects, but there is another very important difference in their names.

Advocates have consistently claimed that THC was not the end-all-be-all of the active constituents in cannabis, and science is catching up. While Health Canada now requires the labelling of THC and CBD percentages, there are actually over 70 cannabinoids. Of the six that have been studied in any depth, all of them have been found to have medicinal benefits, but what’s more, science is beginning to learn that it may not be the cannabinoids most responsible for the differences in strains.

Terpenes are organic hydrocarbons found in a vast array of plants, that when ingested by an animal, are capable of acting as anti-microbials, anti-carcinogens, anti-oxidants, analegesics, anti-inflammatories, muscle relaxers, anti-depressants, sedatives, and vasorelaxants.

Over 120 different terpenes can be found in cannabis, and their levels can vary, not only from strain to strain, but also according to the age of the plant, the light it is receiving, the soil it is in, and even by the time of day. Terpenes are closely associated with smell (it is a terpene that drug-sniffing dogs are trained to recognize in cannabis), and the effects of that terpene can be discovered by scent.

Back to the Dragons

Of the terpenes discovered in cannabis, the main ones exude scents of certain types, Caryophyllene and Sabinene are peppery, limonene and myrcene are citrus. Other scents associated with major terpenes in cannabis are pine, floral, spice, mint, and even candy, and can combine to make other scents as diverse as berry, and cheese. And so, while the name of Boggle Dragon may also refer to an effect it may have on your mind, the name Dragon Berry Cheese also contains information on the terpenes likely to be found in higher levels in that strain. Even overtly ‘recreational’ names such as ‘Candy Kush’ or ‘Bubble Gum’ in fact contain the information that these strains are likely higher in linalool and pulegone, terpenes found to possess anti-anxiety and sedative properties.

There are of course, much larger issues here. Cannabis prohibition has stunted scientific advancement in this area for far too long, and we have a lot of catching up to do. Ignoring the wisdom and experience of plant medicines that predate human history because we haven’t figured it out in modern scientific terms yet can be perilous. The majority of pharmaceuticals are derived from the same plants the ancients used, yet usually rely on isolating a single compound. This can often lead to a plethora of undesired side-effects, side-effects that may be mitigated or even eliminated by the other components of the plant. Most doctors are not trained in plant medicines, and by refusing to give cannabis prescribing rights to those experienced with plant medicines, Health Canada has complicated the issue further.

Of course, the CMAJ may be on to something; do we judge how serious a thing is by the seriousness of it’s given label? The ‘recreational’ sounding names of cannabis on offer by Licensed Producers and Dispensaries may be one reason medicinal cannabis isn’t to be taken seriously, which is unfortunate, as there is sound reasoning and knowledge behind many of these names. Perhaps the larger question then is:  how seriously is Health Canada taking cannabis when they insist on calling it ‘marijuana’ and ‘marihuana’ instead of it’s scientific name: cannabis?

Jamie Shaw is the President of the Canadian Association of Medical Cannabis Dispensaries, as well as a spokesperson for the BC Compassion Club Society. She has also used medicinal cannabis since 2002, and is a volunteer for Sensible BC.

Next article A Convict and a Gentleman: Marc Emery Beyond Prison

The Great Trudeau Debate : For

Jerry Golick·October 20, 2015
There are no comments yet No comments