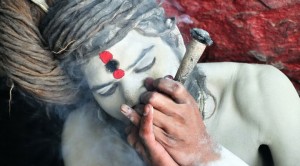 By Jimmy Nguyễn Hoàng Duy Documentaries usually have the ability to put viewers asleep in the blink of an eye, unless they’re made with a focus on entertaining over informing. The Union: The Business Behind Getting High, has assembled the right ingredients to make a rare documentary that blends in-depth information with absorbing entertainment. Locally […]

The Votes For Cannabis Law Reform

Though Prop 19 didn’t pass, progress is still being made Stateside By M. Allister Greene In Nov. 2010, many voters went to their polls across the United States of America locking their arms with the somewhat faithful call for change. This was no different for many Cannabis supporters who wished to see reform in the […]

1) Fewer Deaths from Opiates The number of deaths involving commonly prescribed painkillers is higher than the number of deaths by overdose from heroin and cocaine combined, according  to researchers at McGill University. Currently, the U.S and Canada rank #1 and #2 in per capita opioid consumption. Medical Marijuana looks to be a far safer […]